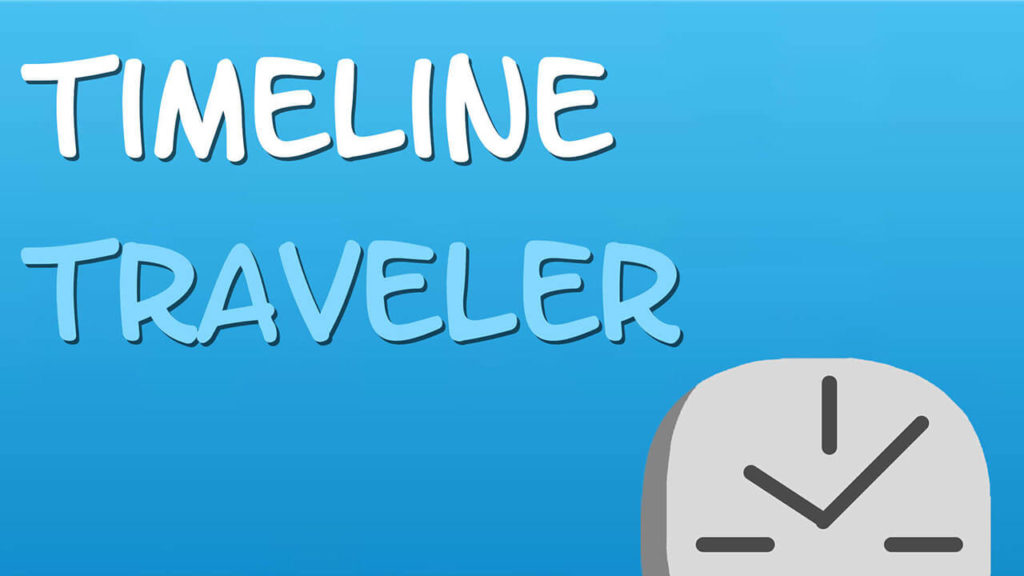 Timeline Traveller isn’t quite like anything we’ve played before, though it has elements of the awesome sequencing puzzler Human Resource Machine.

This ingenious puzzle-platform game from developer Mifux Studio has a simple goal: get a little grey guy from the beginning of each stage to a flag at the end. The twist comes in how you get him there.

Rather than the usual directional controls and buttons for jumping and interacting, you’ve got an array of sliders with symbols on them that you need to place in the right order, and in the right places.

These sliders have various different symbols on them, such as directional arrows, curved arrows to denote opening a door, little explosions to denote, well, explosions, and so on. Interestingly, these symbols are context-dependent. Sometimes “up” means “jump”, for example, but sometimes it means “elevator up”.

While most of these commands can be moved left or right, some are greyed out and fixed to the spot, meaning you need to work around them.

Each stage is a little Rube Goldberg machine of working parts that you need to carefully navigate using the commands at your disposal, laying out the instructions for when your man should run, jump, stop, and so on, and then pressing “play” to see whether your plan will work.

It probably won’t, but fortunately Timeline Traveller gives you infinite scope to tweak and experiment.

As you advance through the game’s 48 levels, spread evenly across four seasons, it gradually adds more and more commands to your toolbox. From an initial selection of directional controls you’ll acquire “destroy”, “explode”, and many more commands besides, while stages will see you doing ever more complex stuff like travelling through portals.

Fortunately, the game equips you with the skills to incorporate these additional commands as they appear. At first the prospect of navigating a level with teleporting vortexes and exploding barrels will seem impossibly daunting, but by the time they come along you’ll have got into the swing of Timeline Traveller’s gameplay.

Grab it right now for free on Google Play and the App Store.