Marvel Super War, NetEase’s 5v5 MOBA based in the galaxy-conquering Marvel universe, has rolled out to a few more territories, having been available in several SE Asian countries since last December.

You can now download and play Marvel Super War if you live in Australia, New Zealand, Japan, and South Korea.

The game features a roster of more than 50 characters from the pages of Marvel, some nice and some naughty. They include Spider-Man (nice), Thanos (naughty), Magneto (naughty), Iron Man (nice), Deadpool (nice?), and Loki (um…) More are set to be added over time.

So far it’s not entirely clear whether Marvel Super War will be rolled out to the rest of the world, although we can’t think of a single good reason why it wouldn’t. It has already been updated with new characters, gameplay features, seasons, and more in soft-launch, so there will be plenty of game to get stuck into if it ever does arrive on western shores.

Marvel Super War is a free-to-play game, and you can check out its Google Play Store product page here. 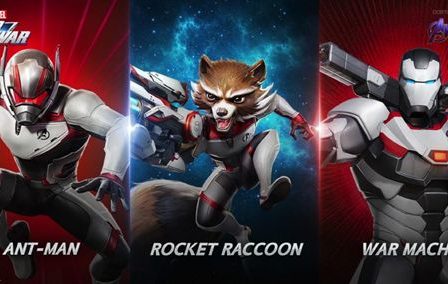