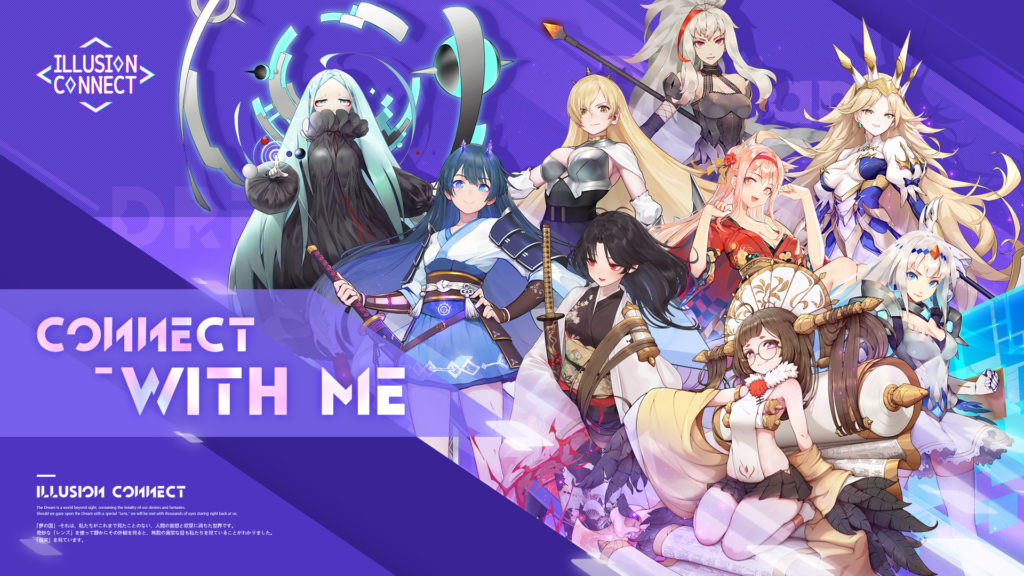 If you haven’t heard of Illusion Connect, that’s only because it’s not available outside China. That’s set to change in the near future, meaning we’ll all get to see why this gorgeous tactical RPG has taken the far east by storm.

Illusion Connect is a classic gacha game. It sees you summoning cartoony waifu heroes and collecting weapons, armor, and various other loot items in a variety of different battle types.

You’ll also earn XP, gold, and other currencies to spend on levelling up your heroes, gear, and equipment. If you’ve ever played a gacha game before, you know the score – there’s hours of fun to be had building the perfect waifu army.

There are 60 characters to collect at the outset, with more certain to be added in future updates. These heroes belong to six different factions, each of which has its own backstory. Here’s a little overview.

The Muscipula faction is a Radiant organization, originating in Bloomsea City. Muscipula members spend most of their time investigating Nightmare-related incidents for cash.

The ancient Uroboros faction is made of stone cold jerks. Established by Rotania, the main aim of Uroboros is to cause turmoil and grief, and its members kill humans just for fun.

The Tobunkai is a yakuza faction that was founded by Radiants to defend the weak, but lost its way. It still defends the weak, but by committing crimes such as fencing forged goods.

The Phoenix faction is a financial consortium – not your typical idea of a dominant military presence, but Phoenix is as powerful as they come, with a global reach and a management team made up of Radiant bigwigs.

The SEED is the longest standing Radiant faction, and it’s an unambiguous force for good. SEED exists for one purpose and one purpose only: to extinguish Nightmares.

And finally, the Liberos faction is a freewheeling Radiant organization made up of fiercely independent witches. They’ve got beef with SEED owing to a previous extermination attempt, but they fight for the same side.

As you can tell, Illusion Connect will arrive with a rich narrative history when it turns up on western shores later this year.