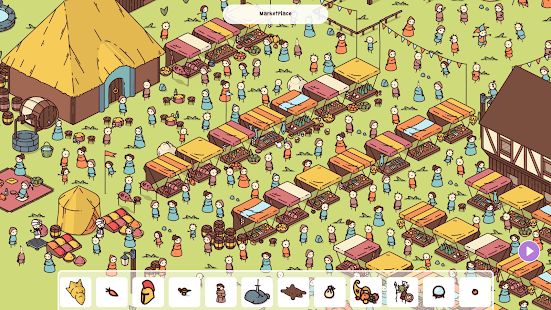 Hidden Through Time, the stylish and well-constructed hidden object game, is half-price right now on the Google Play Store. You can pick it up for $1.49, down from its usual price of $2.99.

Developed by Rogueside, Hidden Through Time sees you searching for objects in crowded, Where’s Waldo?-esque scenes. The twist is that these scenes are arranged chronologically, beginning at the dawn of civilisation and progressing to modern times.

The game also contains a map editor, so you can create hidden object puzzles of your own and share them on the cloud. Naturally, it follows that you can play and rate other players’ levels, giving the game a theoretically infinite supply.

Hidden Through Time is often compared with Hidden Folks. Understandably, given the classic status of that game, it doesn’t fare well in such comparisons – not least in the user reviews on Google Play.

But if you’re in the mood for a spot of charming, historical, full-color thing-finding, you could do a lot worse than snap Hidden Through Time up at half price.