Cards, the Universe and Everything Review – A TCG Powered by Jokes and Trivia 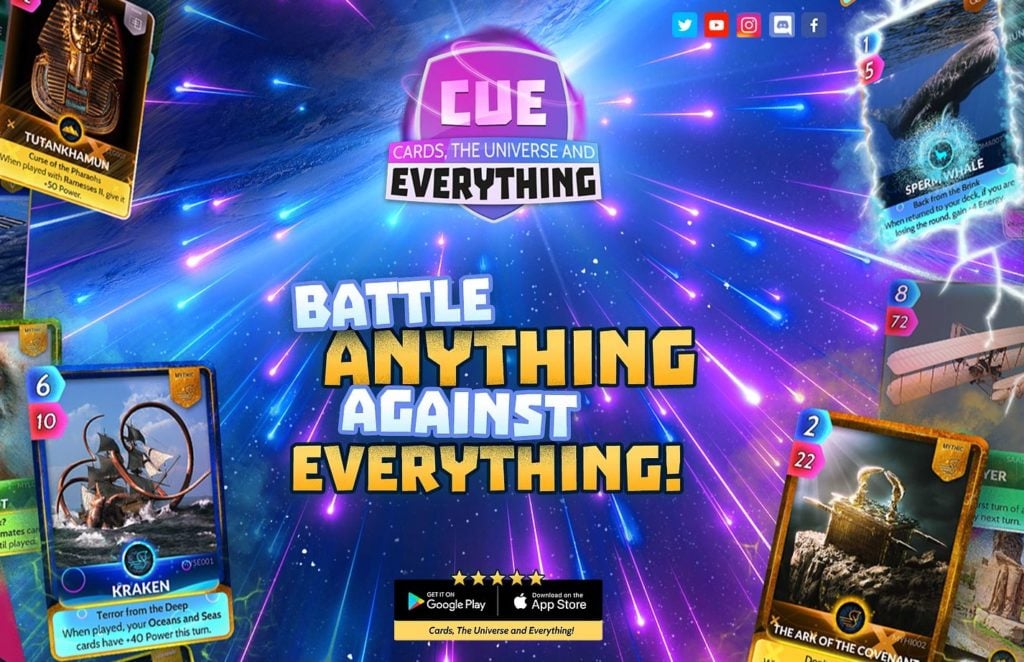 Did you know that a typical fluffy cumulus cloud weighs as much as 100 elephants? Well you do now, and you’ll almost certainly find yourself wheeling out this bit of trivia in conversation from now on.

There’s plenty more where that came from, thanks to Cards, the Universe and Everything, an eclectic card-battler from UK developer Avid Games that pays clear homage to Life, the Universe, and Everything, the third book in the Hitchhiker’s Guide to the Galaxy “trilogy”.

Here’s some more trivia. Life, the Universe, and Everything was a sci-fi book that appealed to readers who didn’t think of themselves as sci-fi fans.

Similarly, CUE is a card-battler with the potential to appeal to those of us who’ve never bothered to pick up a CCG due the boring fantasy tropes and franchise elements that they all seem to traffic in. Not everybody is into wizards and Pokemon.

CUE has the potential to appeal to everybody because its subject matter is, you guessed it, everything. CUE is a card-battler where the cards can represent anything from a sea otter to Buzz Aldrin, from a tiger salamander to a solar eclipse.

We’ll get to that later. First, on the reasonable assumption that CUE might be the first CCG you play, here’s how it all works.

Cards on the Table

You’ve got a collection of cards, belonging to several different categories, and this collection grows over time.

From these cards you can construct decks of 18 to take into battle against other players. Five cards are drawn at random from your deck, and you and your opponent play up to three at a time simultaneously in rounds. Every time you play a card it returns to your deck, ready to be rotated back into circulation.

Each card has two main attributes: Energy and Power. Energy is what it will cost you to play a card, and you only ever have a limited supply of this to draw on. Power, meanwhile, is the level of damage you’ll inflict on your opponent.

High Power cards normally cost more Energy to deploy, so sometimes it’s worth working out whether you can deploy two or more less powerful, and less Energy-intensive, cards to arrive at a higher Power total.

With us so far?

Of course, if this was all there was to CUE then it would be a simple case of arithmetic and luck. But it isn’t, because there are several other factors to consider during a match, and while composing your decks.

First up, there are the different arenas, which correspond with the different card categories: Oceans and Seas, Life on Land, History, Space, Paleontology, and Science. Whenever you play a card whose category matches the arena you’re playing in, you get a +10 Power bonus.

The arenas to come in a match are displayed across the top, so you can attempt to hold cards back until the stars align. You can choose to skip your turn altogether, too – always worth doing if a round isn’t going your way, since you’ll bank some Energy for the next round.

On top of all that there are cards with special abilities, which take a number of different forms. Some are triggered by being played, some are triggered when they’re returned to your deck, some impart bonus effects as long as they’re sitting in your hand, some effects are temporary, some last for the rest of the round, and so on.

You’ll spend some of your time playing matches in CUE – either casually or in the weekly league – but you’ll quite possibly spend more on general maintenance. That means constructing and tweaking decks, trading cards with friends (you can do this up to five times a day for free), and crafting powerful new fusion cards.

Plus there are rewards to claim, including gems, gold, cards, and booster packs, by completing challenges, logging in every day, and spinning a wheel of fortune whenever the option becomes available every few hours. You can spend the currency you accumulate on more cards and packs.

CUE seems fairly generous in the way that it doles out cards and whatnot, though it’s worth bearing in mind that this is a free-to-play game in which players who choose to fork out real dough will inevitably enjoy an advantage – though not necessarily a decisive one.

What we’ve written so far covers what makes CUE a solid, playable trading card game. We haven’t really gone into what makes it different or special.

CUE’s scope is truly encyclopedic. Like the comedy panel show QI (created, incidentally, by the producer of the original Hitchhiker’s Guide to the Galaxy radio series), it boasts a winning combination of gentle humor and eclectic trivia, suitable for educating kids and amusing adults – or amusing kids and educating adults, for that matter.

Every single card in CUE has some information on the reverse, allowing you to casually digest factoids about dinosaurs, galaxies, butterflies, and countless other things, almost invariably delivered in a conversational and humorous way.

For example, Thor is described as a, “god so powerful, so almighty, so brilliant that today is named after him (if you’re not reading this on a Monday, Tuesday, Wednesday, Friday, Saturday or Sunday.)”

Check it out on Google Play (or the App Store) now.

Cue up for this one

If you’re a hardcore CCG fan, the sort of person who watches people playing Hearthstone on Twitch, you’re probably not the target audience for CUE. It’s not the deepest CCG on mobile, but it’s the one most likely to reach a new audience. 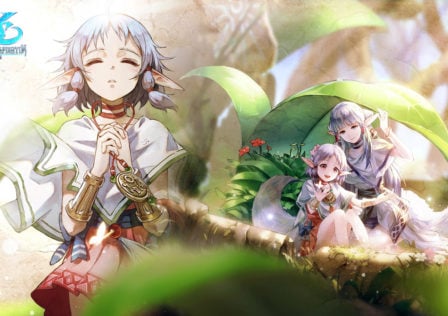