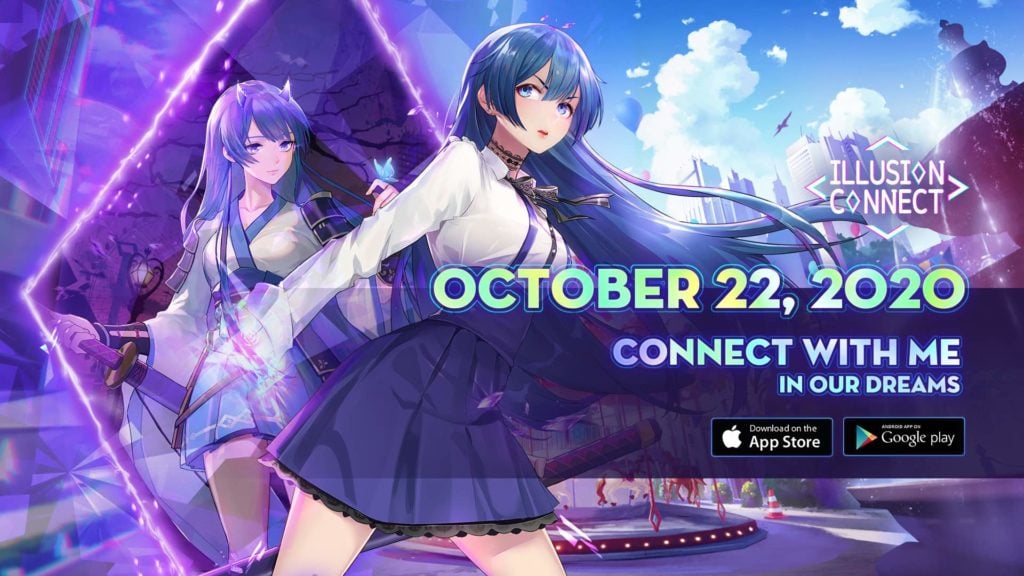 Illusion Connect is an awesome Shojo Tactical RPG from Super Prism Games. It’s packed full of Gacha mechanics and deep turn-based combat. There’s much more to the game than that though, as the new teaser that Super Prism Games has just released shows.

The teaser introduces us to a whole bunch of ideas and concepts that are central to Illusion Connect, as well as the two main characters from the game’s factions. The game is set across two different worlds – the real world and the dream world. Travelling between the two requires the use of lenses, and that sets the scene for the action packed teaser.

There are two different characters in the video, Frantiva and Saya. Frantiva represents the Uroboros faction. They hate humans, and want to unleash evil nightmares into the real world to destroy them. Shockingly, Frantiva used to be a high-ranking member of SEED, the other faction in the game. She betrayed them though, switching sides much to the consternation of her sister who remained loyal.

Saya hates nightmares and anyone who’s been contaminated by them, and with good reason. She blames the vile monsters for the murder of her tribe. Sounds like a good reason to us. Saya might look calm, but she’s got a whirlwind of emotions swirling underneath that serene exterior.

There’s still time to pre-order Illusion Connect before it comes out on October 22nd. How can you do that? Well there are a few ways. You can visit the official Illusion Connect website or, if you’d prefer, head on over to the game’s App Store or Google Play Store page and register your interest there.

If you want to keep abreast of everything that’s happening around Illusion Connect, the best way is to follow it on social media. Visit the game’s Facebook, Twitter, YouTube, Instagram and Discord. and you’ll always be the first to know what’s happening.