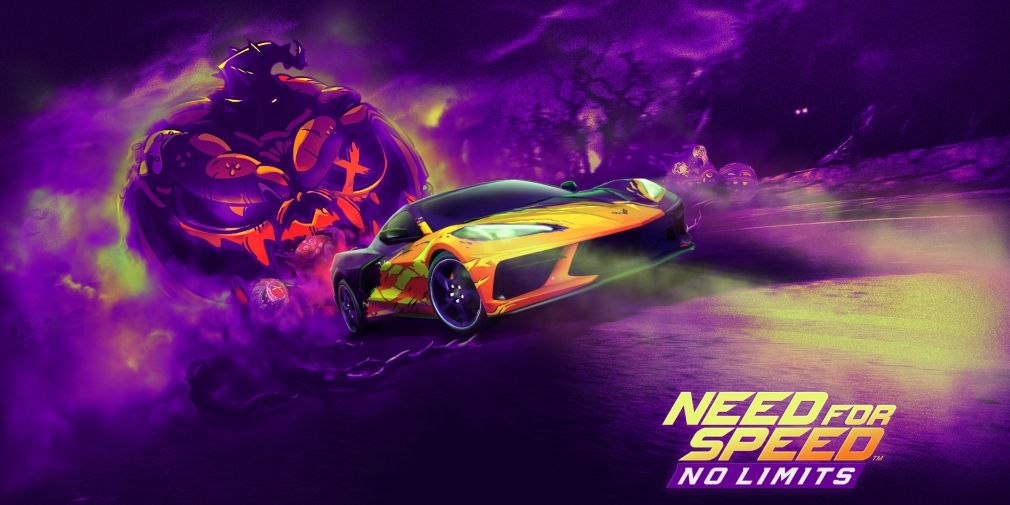 Need for Speed No Limits, the free-to-play entry in the Need for Speed series developed by Real Racing developer Firemonkeys Studios, is partnering with ’80s toy brand Madballs this Halloween.

The unlikely pairing will see players obtaining a variety of different car wraps in the style of the anarchic spherical toys, which first came to market in 1985 before falling out of favor only to be revived around a decade ago.

In addition to providing novelty car skins, the update will include a story event in which a rival becomes possessed by the spirit of a Madball. It sounds like The Mask, but in a car.

In an act of unashamed synergy, Madballs creator Megapolis Toys will debut a new Madball during the Need for Speed No Limits event. Trashin’ Pumpkin is part of the Megapolis: Premium DNA Madballs Collection, and you’ll be able to pre-order one in-game.

The event will go live on October the 26th. In the meantime, you can download Need for Speed No Limits for free right now on the Google Play Store.

need for speed no limits