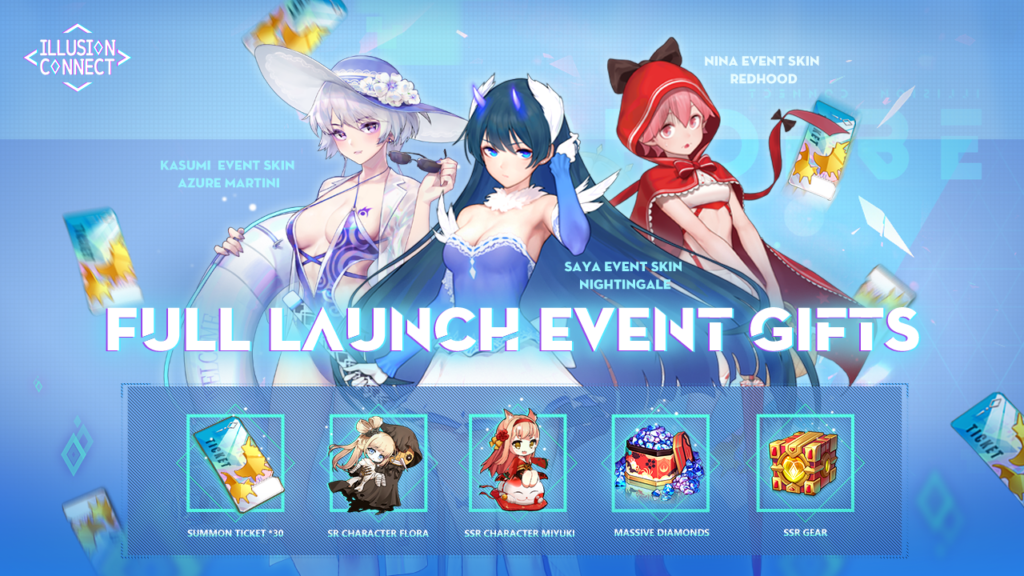 After an exciting build-up that has seen it rack up over 600,000 pre-registrations, anticipated shojo RTS Illusion Connect is finally out.

To celebrate this momentous achievement, developer Superprism is giving away a cornucopia of in-game currency, items, and more through a series of massive launch events.

In case you need a refresher, Illusion Connect is a real-time strategy game featuring fast-paced combat and a rich and rewarding socializing mechanic. It sees you recruiting Radiants and commanding squads in battles with the diabolical Nightmares.

You can recruit 50 different shojo Radiants, and they all have their own distinctive personalities and backstories. Between bouts of combat and tactical planning you can hang out with your Radiant gang, getting to know them in your customizable home.

If you’re tempted by that description, now is the time to jump on the Illusion Connect bandwagon to capitalize on the game’s launch events.

You’ll get a Newbie Bonus of ten gacha pulls as soon as you start, with an SSR partner (Frantiva, Nicola, or Hotaru) guaranteed to be among them. Three days later you’ll get the chance to collect stage stars for Diamonds through the Dreamweaver event.

There’s a login reward for logging in on eight consecutive days, too: a stack of Diamonds, as well as a “Redhood” skin for Nina, and SSR partner Miyuki. Plus, you can get a “Nightingale” skin for Saya, and an upgrade from R to SSR, for completing objectives over seven days.

Then there’s Anna’s Gift, an event that lets you clear stages to earn Diamonds, Coins, partner EXP, and SSR gears.

Finally, the SEED’s Recruitment event involves collecting a set number of SR and SSR partners for a reward: 30 Summon Tickets and a “Bikini” skin for Nightingale.

Illusion Connect is available for free right now on the App Store and Google Play. Download it now to hit the ground running. Be sure to check out the official site and social feeds on Facebook, Twitter, YouTube, Instagram and Discord as well.