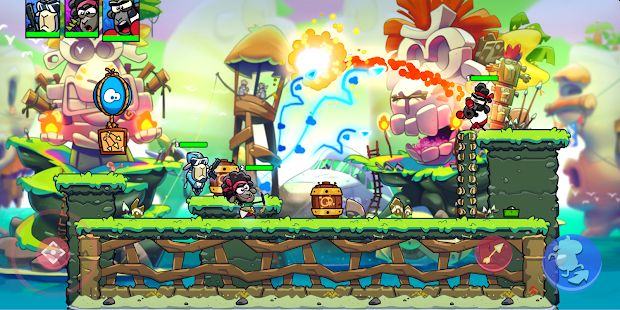 Developed by Pixel Squad, the game sees you taking potshots at enemy units on a 3D map, with each shot requiring you to judge the power and trajectory of your missile.

There are several different upgradeable ovine unit types on offer, all with their own weapons and abilities. Some fire artillery, others fire arrows. We know which ones we’d pick.

Sheep Squad is comprehensively multiplayer. Not only can you take on other human beings, but you can create levels for them too using the custom level editor.

Also, you can save and share shots that you’re particularly proud of, to impress your friends and humiliate your enemies. Or vice versa. It’s really up to you.

You can download Sheep Squad for free right now on the Google Play Store.