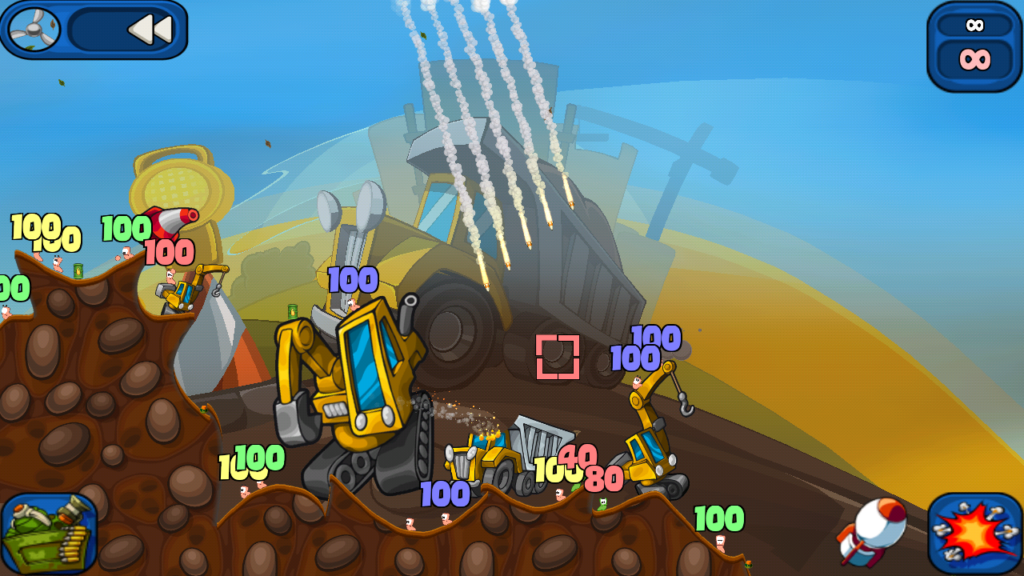 Fancy spending some time basking in the glories of the past? Don’t have much money to spend on doing that? Well then, why not spend 99c on the brilliant turn-based invertebrate murdered Worms 2: Armageddon?

The game features everything you’d want from a Worms game. Like worms, massive guns, ridiculous explosions and super-tense action-packed gameplay. This mobile version has been poked and preened to work on touchscreen devices, and it nails that too.

Throw in pass-and-play and online multiplayer, a decent-sized single player campaign and that warm, nostalgic glow that comes from reliving the imagined glories of your past and you’ve got yourself something pretty darn special.

Sure, it might have been out for a few years, and yeah you might have played it to death on a bunch of other platforms. But it’s less than a dollar, and quite frankly you’re getting a ridiculous amount of bang for your slightly-less-than-a-buck.

Click here and you can pick up Worms 2: Armageddon from the Google Play Store right this instant. And in case you haven’t been paying attention, we think you definitely should.