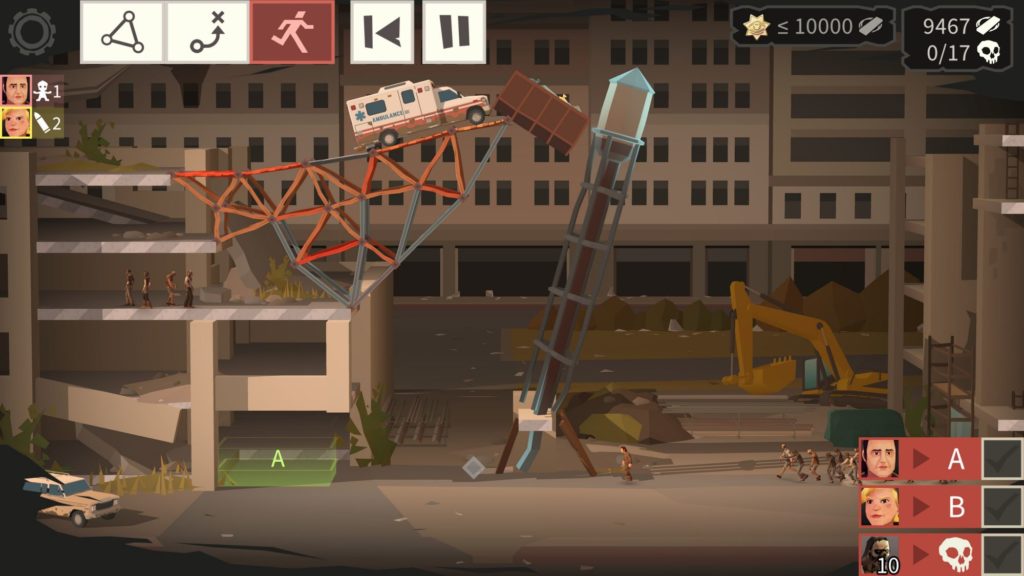 It might be one of the weirdest mash-ups ever conceived, but we can’t say we’re not excited about Bridge Constructor: The Walking Dead. Even more so now HeadUp and AMC have announced that the game is releasing across all platforms on November 19th.

A new trailer revealing some new gameplay details has been released as well. And it looks like you’re not just going to be building bridges, you’re going to be setting traps for the shambling hordes of the undead as well.

We’ve embedded the trailer below so you can get an idea of what to expect when the game launches in just over a week.

Alongside all of the building, slaughter and hilarious physics, there’s also going to be a story set in the world of the show featuring new characters as well as familiar faces and iconic vehicles. Are there any iconic vehicles in The Walking Dead?

Whatever the case, the game looks pretty darn cool. It’s launching across pretty much every platform, including Android, on November 19th. You can check out even more gameplay from the game by clicking here. Or click here to have a gander at the game’s official website.