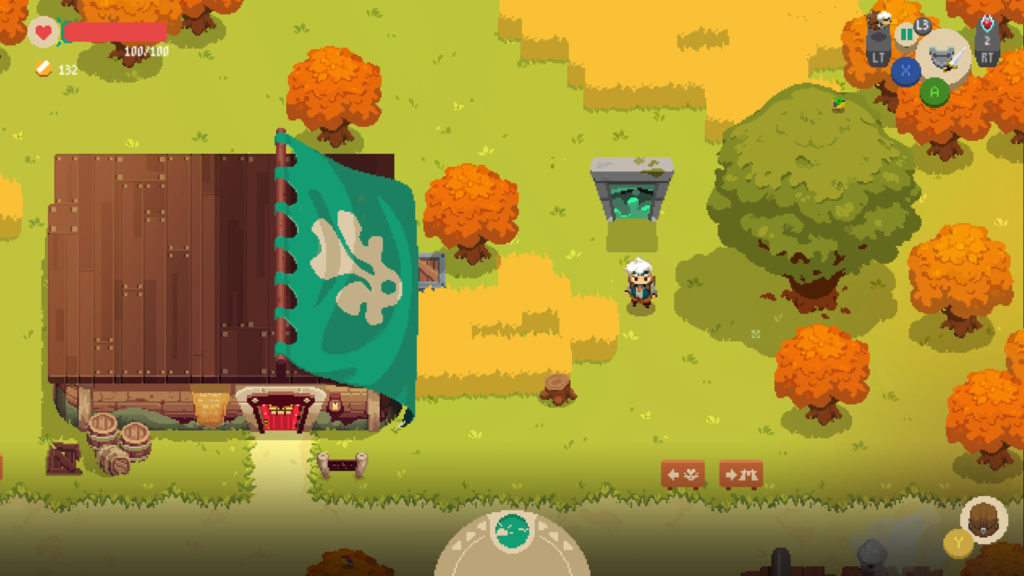 Moonlighter, the highly acclaimed action-RPG from Digital Sun and publisher 11 bit studios, is coming to mobile on the 19th of November – that’s this week, in case you’re not an avid calendar-follower.

Unfortunately for you and me, it’s not coming to Android just yet. The good news, according to whoever runs Digital Sun’s Twitter account, is that “an Android release is planned”. We just don’t know when.

Originally released for PC, Xbox One, and PS4 before making the jump to Switch, Moonlighter is a gorgeous take on the Stardew Valley formula. It sees you running a shop by day and exploring a series of dungeons by night, killing monsters and collecting loot to plough right back into your business.

As well as running your own shop you can improve the surrounding town. In a perfect virtuous circle, you can also spend your days crafting weapons, armor, and other items to improve your odds in the dungeon that night. Moonlighter strikes a horribly addictive balance of action-RPG hijinks and town building.

The mobile port, meanwhile, has been lovingly optimised for the small touchscreen. You’ll swipe to move, while combat will be automatic. All existing DLC will be included in the cover price, which is $11.99 on the App Store.

You’ll be able to play it on the 19th if you have an iOS device. Otherwise, stay tuned.