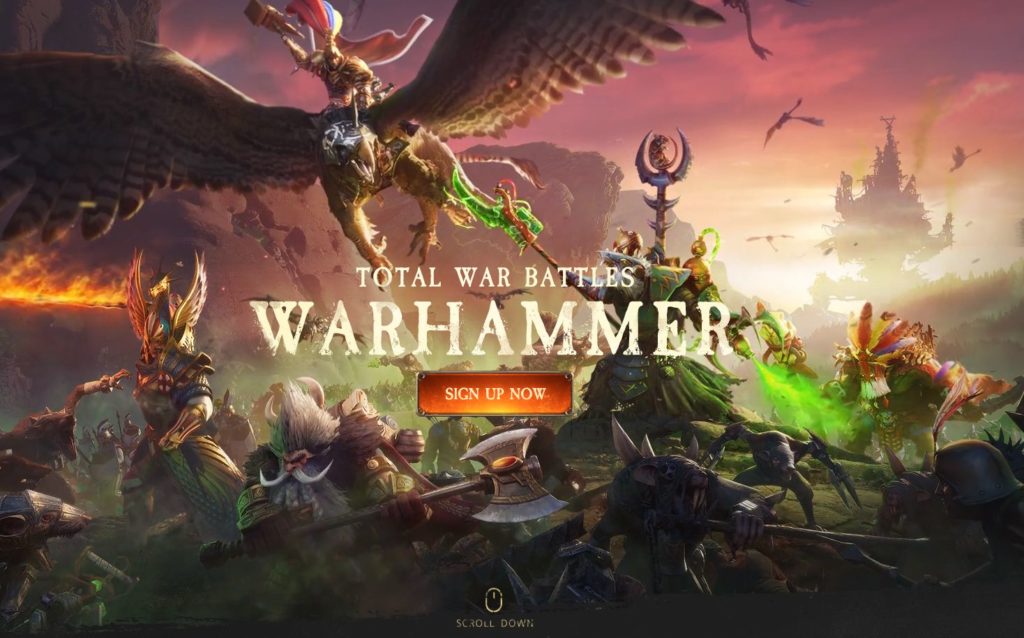 Gameplay-wise, it looks a lot like the latter, with the same characters and overall structure, including a campaign map for the macro stuff involving players and factions, and battle maps for the unit management and other micro concerns. Also, per the trailer, there’s some kind of giant spider in the mix.

According to the official website Total War Battles: Warhammer will feature “thousand-unit battles”. The game is set to go into closed beta later this year – so, within the next month – though we don’t have anything like a release date at this point.

You can pre-register right now by heading to the official Total War Battles: Warhammer site.