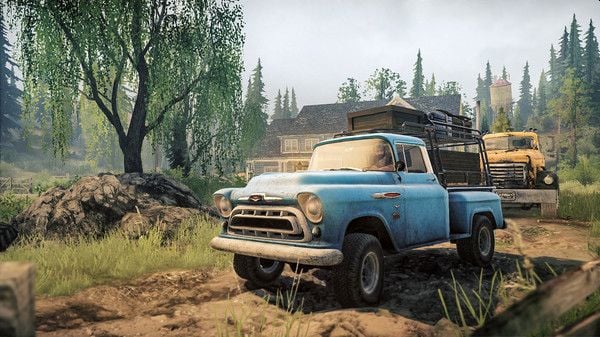 The Old-Timers expansion adds a whole new region to the game. Called Rocky Hills, it’s another sandbox area where you can test your skills at driving an unwieldy behemoth in treacherous conditions.

Two varieties of haulage are included, as ever – the scout trailer and the log cart – neither of which is recommended as a relaxing pastime for casual drivers.

This new DLC costs $2.99 on Android, and doesn’t include the vehicles that came with its PC counterpart: the Napco 3100 and the GMC DW950. So Nap-heads and DW950iacs, as they are known in the biz, are out of luck.

For the unitiated, MudRunner Mobile is a challenging offroad driving game in which you have to deliver cargo in muddy, rocky, slippery, hilly, and downright subpar conditions. It’s pretty good if you like that sort of thing.

You can download MudRunner Mobile on the Google Play Store right now.