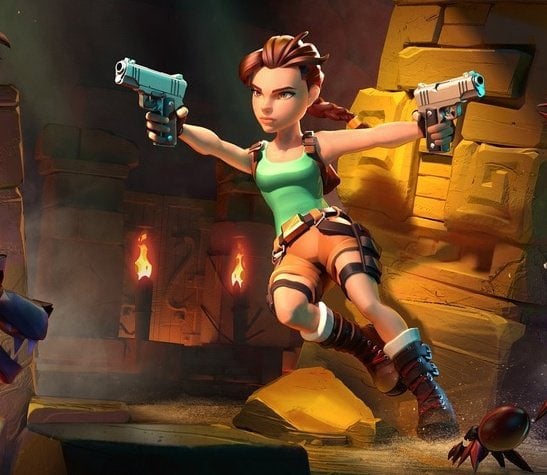 As ever, there’s plenty of great stuff on the horizon in this week’s roundup of the most interesting headlines and updates. Take Farlight 84, which is looking like a contender for our most anticipated game of 2021 – though Tomb Raider Reloaded gives it a run for its money.

There’s plenty of new content to enjoy in the games that are already out, too, including a new region on the awesome MudRunner Mobile and a game-changing update for Polytopia.

Farlight 84, from Lilith Games and Miracle Games, looks like an absolute corker. It’s a battle royale set in a post-apocalyptic future filled with cyborg zombies. It’s a colorful, action-packed genre mash-up with elements of MOBA and RPG on top of its core shooty gameplay, and it’ll be out in 2021.

Niantic has announced its advent plans. Throughout December you’ll be able to enjoy a Research Breakthrough encounter, which lets you win Lapras or Unovan Darumaka by completing seven days of research tasks. You’ll also be able to snag Kyurem in five star raids, and more.

Among Us has had a funny old life. It went relatively unnoticed for its first couple of years on the market, before absolutely exploding in popularity this year thanks to a few influential streamers playing it on Twitch. That has put it in the unconventional position of winning a Breakthrough Award years after it first emerged.

Total War Battles: Warhammer is not to be confused with Total War: Warhammer. Instead, it’s the latest in the Total War Battles series. That means you can expect a rich, accessible strategy experience involving macro-level world domination and micro-level battles with, if the trailer is anything to go by, at least one giant spider.

You Can Pre-register for DEEMO -Reborn- on Android Right Now

DEEMO -Reborn- is already out for PS4 and PC. It’s a reboot of the original DEEMO, but with a major graphical overhaul. It sees you going on an adventure with the titular Deemo, who is attempting to recover her lost memories while taking the odd break for a spot of piano-based rhythm-action. Pre-register now. If you want to.

Lara Croft is back. Square Enix has released a frustratingly evasive teaser trailer showcasing no gameplay whatsoever, but a cartoony graphical style and a line-up of enemies – giant insects, rock monsters, dinosaurs – that suggests we’re in for a fantasy-tinged outing. The smart money is on something similar to Guardian of Light and Temple of Osiris.

MudRunner Mobile has just taken delivery of another shipment of new content. The Old Timers DLC adds a new region to the game map, called Rocky Hills – yet another suboptimal driving surface. The new DLC will set you back $2.99. That makes it much cheaper than its PC counterpart, but it omits the Napco 3100 and GMC DW950 vehicles.

Warhammer Quest: Silver Tower, the well-received turn-based strategy game from Perchang, has just received its first big update. It’s called the Dead of Night expansion, and it adds new champions and enemies, inccluding the Demons of Nurgle and the Sepulchral Warning. Good luck working out which is the champion and which is the enemy.

The latest Battle of Polytopia update is a humdinger. It’s so big, in fact, that developer Midjiwan is calling it a “brand new” version. There’s now multiplayer matchmaking, mirror matches, configurable map types, and a whole new Creative Game Mode feature to get your teeth into. You can even play with no opponents – but that would be weird.