The 15 Best Android Multiplayer Games of 2020 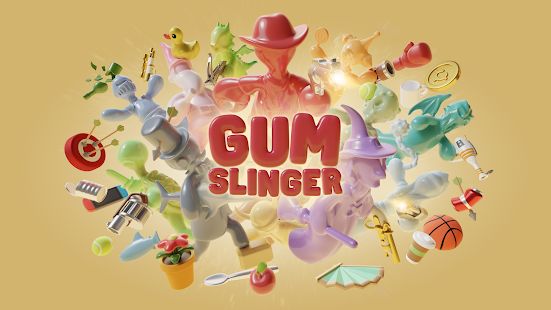 We’ve never needed multiplayer mobile games more than we did in 2020. Trapped in our houses and apartments, and prevented from socialising in the normal way, mobile gaming has been a lifeline.

And it takes a lot of forms, from hardcore experiences like Disorder and Gwent: The Witcher Card Game all the way through to casual time-wasters like Scrabble Go, which served as a lifeline for isolated players everywhere, and was quite possibly the most played game on this list, with over 2.5 daily players.

Whatever you’re into, there’s something here for you.

Dead by Daylight is an incredibly fun premise, letting you experience firsthand what it might be like to be a callow teenager in Friday the 13th, or Leatherface in the Texas Chainsaw Massacre, hunting terrified humans for sport. This year the popular 4v1 asymmetric multiplayer hit came to mobile, thrusting smartphone gamers into franchises as diverse as Stranger Things, Silent Hill, and the Saw movies.

EVE Online is one of the most fascinating MMORPGs ever, with an open format that allows its in-game universe to reflect the factionalism and brutality of real human societies. EVE Echoes, the first mobile spin-off, isn’t quite the same as its PC predecessor. It offers a more refined, streamlined experience, with idle elements and a smaller scale. That doesn’t hold it back though. The combat is great, the scale is still enormous, and the graphics are just as atmospheric as the original.

Mario Kart Tour might be more recognisable, but Nexon Mobile’s KartRider Rush+ has it beaten in every category except “Most Nintendo Characters”. It has slicker visuals and dozens of graphically impressive tracks. The driving is much more satisfying, too, with a better drift system and more accurate weapons. And there’s a greater selection of modes, including a story mode and a huge number of challenges to complete. Not many games manage to pull Mario’s trousers down, but this one does.

Gumslingers is a battle royale unlike any other. It sees you taking on up to 63 opponents at a time in a vast gummy-on-gummy brawl to the death, shooting at a variety of wobbly, appetising gummy characters until only two remain. Instant restarts make Gumslingers a lot less exacting than most battle royales, though you still need to apply some aiming skill if you want to come out on top. Headshots count, even when the heads are made of gelatin.

Shadow Fight Arena is a fighting game from a more innocent time, when timing was more important than memorising a dozen different combinations of button-presses and joystick waggles. It sees you going head to head with other players in matches that are accessible yet deep. It’s absolutely stunning, too, with detailed character art and a variety of gorgeously rendered backdrops. It would be better if it were a premium title, but you can’t have everything.

Brawlhalla is pretty much exactly what you’d imagine a free-to-play, cross-platform Smash Bros rival from Ubisoft would be like. This cartoony brawler features a ton of characters, with new ones entering the arena all the time via events. There are over 20 game modes, too, including 1v1, 2v2, four-player free-for-all. 1v3, 4v4, and more. Plus, there are mini-games to dip into from time to time, such as Brawlball, Capture the Flag, Kung-Foot, and Bombsketball.

Riot Games’s decision not to bring its hugely popular, genre-defining MOBA to mobile was always a dud. All it achieved was to allow rivals like Vainglory and Arena of Valor to prove that it’s perfectly possible to do a great MOBA on mobile, and in the process to eat Riot Games’s lunch. At long last, Riot has seen the light with League of Legends: Wild Rift. It’s not fully out, but the open beta is now available in Asia and Europe, with feedback so far being overwhelmingly positive.

ZeptoLab used to be a one-trick pony, with only the Cut the Rope series to its name. We’re glad it branched out, as the studio has managed to get two marvellous multiplayer games into this roundup. Bullet Echo is an ingenious and accessible top-down tactical shooter that looks at first glance like a multiplayer version of Hotline Miami. It’s so much deeper, with a gameplay mechanic that relies both on the field of vision provided by your flashlight and the sounds your enemies make as they stalk through adjacent corridors.

Sometimes, ambition is enough – that and the prospect of a big cash prize. Big Brother: The Game, from developer 9th Impact and production company Endemol, isn’t necessarily all that much fun, but it does a fairly good job of recreating the Big Brother experience on mobile, with housemates, tasks, voyeuristic audience members watching their every move, votes, and evictions. And in a couple of months, somebody is going to win a stack of cash.

Madfinger has always done an excellent job of reproducing the spills and thrills of high octane console gaming on mobile, and Shadowgun War Games is yet another example of its magic touch. This is a beefy, bold tactical first-person shooter, and the closest you’ll get on the small screen to Overwatch. There’s voice and text chat, a variety of classes, well-crafted maps, and a variety of modes in which to test your shooty skills.

Like its enormously successful predecessor C.A.T.S., Robotics! is an accessible mobile take on Robot Wars. Once again it sees you constructing machines from spare parts and sending them into battle with other players’ machines, but this time around you not only have to build your warrior but give it instructions, adding an extra layer of engineering challenge. While not quite as popular as the game that went before it, Robotics! Is a fun twist on a compelling formula.

KartRider Rush+, from Nexon Mobile, is such a comprehensive Mario Kart Tour-beater that it starts to get a little uncomfortable. Not content to school Nintendo on graphics, modes, gameplay, and so on, Nexon Mobile also served up a dish of stone-cold humiliation with online multiplayer on day one. Okay, so we’re overplaying the KartRider vs Mario angle here, but the fact remains that online multiplayer is yet another one of this superlative racer’s ace cards.

For many of us, Gwent was the best thing about The Witcher 3, and the urge to find new cards, enter tournaments, and take on ever more skilled players was a game in itself. Gwent: The Witcher Card Game is a real wishlist item – a minigame that became a standalone release, building on the original and allowing you bring your hard-won skills to bear against other human players. It’s cross-platform, too, so there are always plenty of opponents online.

Disorder is NetEase’s crack at the battle royale genre. Set in the depressingly imminent 2030, it depicts a world locked in an endless state of bloody conflict, with various factions scrambling to control the world’s stockpile of nuclear weapons. That’s the setup, while the gameplay is pretty conventional battle royale fare, with numerous modes, solid graphics, and a pleasingly hardcore approach.

At the risk of sounding insensitive, Scopely really couldn’t have timed the release of Scrabble GO any better. Landing in March, just as countries around the world were heading into lockdown, it served as a rallying point for casual mobile gamers of all ages seeking a way to stay in touch with their friends and loved ones. Gameplay-wise, it’s a polished, addictive, ultra-modern take on Scrabble that preserves the lexophile essence of the physical board game while adorning it with casual free-to-play gewgaws.