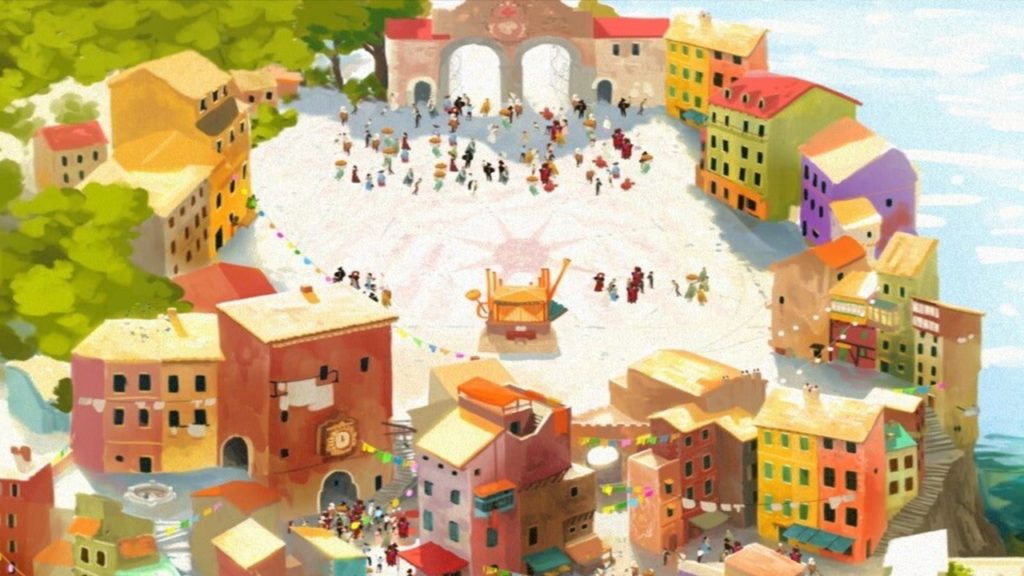 There aren’t many games like The Wanderer: Frankenstein’s Creature out there. It’s a beguiling point and click adventure with a deep and engaging narrative that sees you playing as Frankenstein’s monster. But this isn’t the creature you might know from pop culture, it’s something very different indeed.

The game is set across 18 different, hand-crafted watercolor backdrops that are inspired by the Romantic era, and sees you exploring your way across Europe. It asks questions about what it means to be human, the nature of good and evil and much, much more.

The choices you make in the game don’t just change the story, they can alter the atmosphere of the experience as well. The emotions of the creature are reflected in the art – it can change from bright and light to moody and gloomy depending on what’s happening.

There’s a gorgeous soundtrack too, which the game uses to build up an unbelievable atmosphere. Everything about The Wanderer: Frankenstein’s Creature is handled with such deft care and attention that it’s almost impossible not to get swept along by what’s happening. It’s going to keep you enthralled from the first second to the last.

This is a unique and sensitive exploration of what it means to be born into a world you don’t understand, and about as far from the cheesy horror movies of the past as you can possibly imagine. Co-developed by La Belle Games and ARTE and published by ARTE, it’s an adventure you’re going to want to explore for as long as possible.

You can pick up the game from the Google Play Store (and the App Store) right now. And make sure you check out The Wanderer: Frankenstein’s Creature’s official website and Twitter page as well. And while we’re talking about ARTE, here are some more amazing games of theirs that are worth checking out.

A puzzling platform adventure that sees you playing as a pair of dots. You’re darting through the different eras of typography from cave paintings to modern computer fonts. It’s educational in a way you’re not going to notice, and an awful lot of fun at the same time, and it works brilliantly on touchscreen devices. Type:Rider is available on iOS and Android.

This one’s a weird and wonderful interactive adventure that’s set in a haunted mansion in the middle of the woods. It shares a lot of its DNA with an art movie, and will keep you intrigued throughout every second of its 45 mins to one one hour run-time. There are secrets to uncover, shocks to unearth and much, much more. ORDESA is available on iOS, Android and AppleTV.

In Vandals you play as a graffiti artist working your way through the streets of some of the most famous cities in the world. You can design your own tag, creating masterpieces to spray on a variety of different walls. You have to sneak around to get to your targets as well, avoiding police surveillance in an exciting game of cat and mouse. There’s so much to love here, Vandals is going to be one of those games that sticks around on your homescreen for a very long time. Vandal is available on iOS and Android.

A puzzle game that’s all about exploring abstract versions of the internal systems of a human being. There’s a wonderful cast of characters to meet and a whole bunch of head-scratching challenges for you to complete. It’s inspired by the work of avant-garde scientist Fritz Kahn, it’s got a brilliant story, and in one section you have to eat toast. What could be better than that? Homo Machina is available on iOS and Android.

If you fancy speeding along psychedelic landscapes to the pounding beat of some amazing electronic music, then Vectronom is one game you should definitely be trying. It’s a fast-paced rhythm action game that’s packed to the rafters with challenge. Play on your own, play with friends – however you play you’re going to be doing it with a massive, slightly crazed grin on your face. Vectronom is available on iOS, Android, Steam and Nintendo Switch.