The new expansion introduces Sengoku Basara’s first hero, Oichi, described in the press release as a “tragic widow who falls to dark influence and despair to become a demon queen”. Yikes.

Oichi comes with three unique hero arts: Dancing Dead, which deals damage equal to the number of unit cards you have in your graveyard; Despair, wail, and perish!, which places three units in your graveyard with an MP cost of four or less; and Dark Invitation, which activates the death abilities of a friendly unit.

Storywise, The Battle of Amatsu picks up after Amaterasu’s battle with Oda Nobunaga. Oichi is Nobunaga’s sister, and following her bereavement she wanders through Amatsu no Kuni until she’s accosted by a false priestess. The rest is history.

To catch up on the latest lore and try out the new cards, download Teppen for free right now on the Google Play Store. 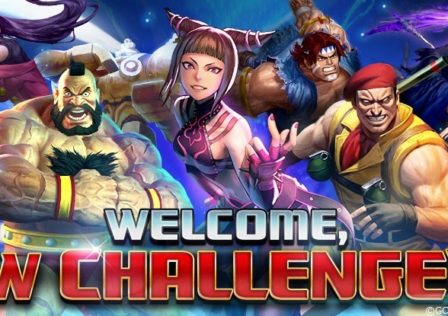