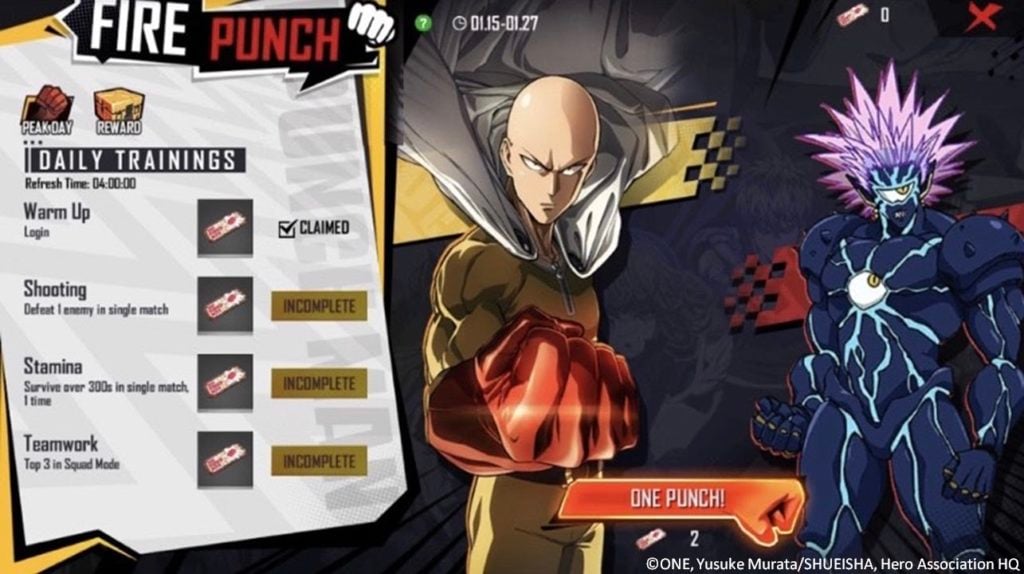 Garena has lifted the lid on the next crossover event for Free Fire, its popular battle royale shooter.

The Hero Trial will feature exclusive skins, costumes, content, easter eggs, a special interface, and more, all based on the One-Punch Man franchise.

According to the blurb, the Hero Trial event will “immerse players in a Free Fire universe filled with disaster and chaos”. Players will be under the leadership of One-Punch Man heroes Saitama and Genos.

In addition, two new weapons skins will feature throughout the event: the Megapunch M1887 and the M4A1. Plus, anybody who logs in on the 23rd of January will get a free Saitama Surfboard skin.

From the 15th, meanwhile, Saitama will hold training sessions, allowing players to win rewards for defeating monsters, with boxes appearing in three tiers of rarity. To be eligible, players will need to collecting Pone-Punch Man Tickets from map drops.

Finally, there’s a Path to Hero web event running from the 16th to the 26th, with killing monsters and opening treasure boxes once again the order of the day.

You can download Free Fire for free right now on the GOogle Play Store.