The Sky Tower area is made up of various different battle scenarios, allowing you to create up to three battle decks in accordance with your tier. You can’t use the same character more than once per team, forcing you to build diverse decks with plenty of tactical depth.

In addition, you can add up to two new characters and switch them up during battle, giving you even more tools in your tactical toolbox.

The Sky Tower is seasonal, and rewards you with an in-game currency necessary for upgrades, with rewards doled out at the end of each season.

Meanwhile, there are two events running right now. The Premium Summon Ticket event, which lasts until the 24th of January, allows players to summon one high grade Skylander per day, and the Mission Event lets you earn unique in-game items for playing in the Sky Tower. It runs until the 17th.

You can download Skylanders Ring of Heroes for free right now on the Google Play Store. 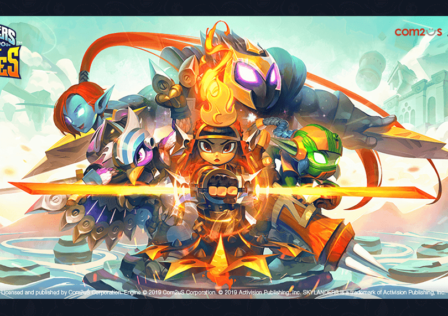 Skylanders Ring of Heroes Gets a New Portal Master, Holiday Events, and More in its Latest Update