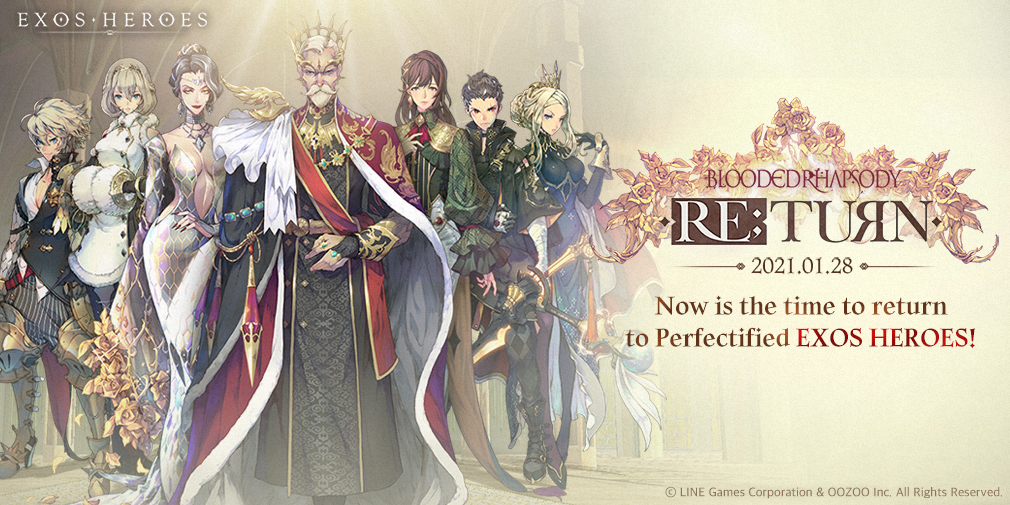 Exos Heroes, the popular RPG from Line Games, will enter its third season on the 28th of January. The new season, entitled “Blooded Rhapsody”, will instroduce a new story episodes, Heroes, and a whole new Nation called Saint West.

The story carries on where Season 2 (North Wind) left off, and is set to begin with Chapter 15, featuring new characters from the royal family of Saint West: King John Donk, Queen Carrie, and Prince Nemeris.

That king’s name, once again, is John Donk.

In addition, the update will include a variety of tweaks, including a level cap increase from 60 to 65. All players will be rewarded with a Gold Fatecore of their choice, too, plus 3000 Xes, 1 million Gold, 30 Nation Recruit Tickets, 100 Dye Coupons, and more.

While you wait for Season 3, you can participate in a special January event, which doubles the rewards you collect from daily challenges, as well as rewarding you for logging in between the 18th and the 27th of January.

And in the meantime this week’s update introduces the second Hero of the idol trio Fatecore series that began last week. She’s called April.

Exos Heroes is available for free right now on the Google Play Store.