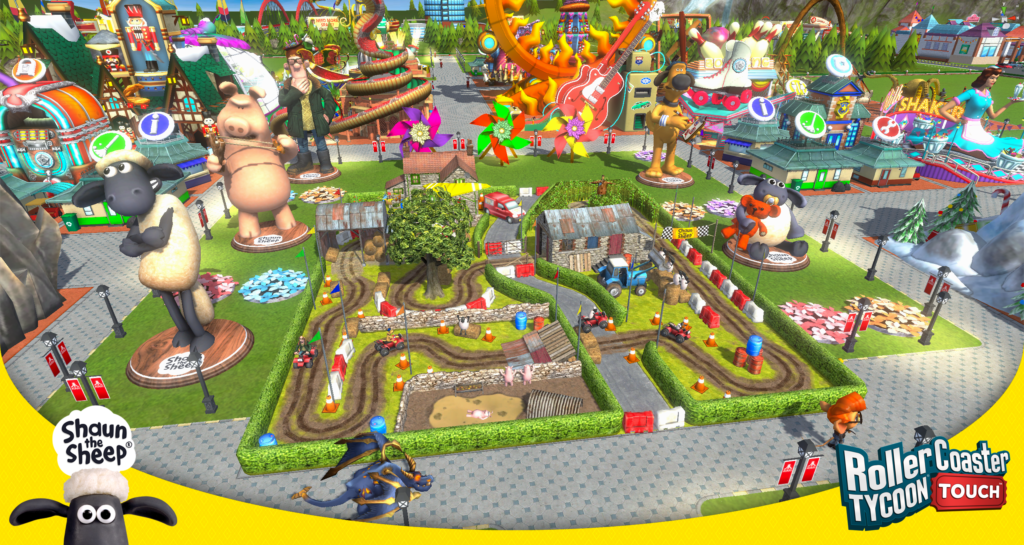 Aardman has dipped a second toe into the mobile gaming world this month, following the launch of ambitious AR title Wallace & Gromit: Big Fix Up a couple of weeks ago.

The event, which lasts until February the 24th, sees branded rides, character statues, and various Shaun the Sheep-themed attractions coming to the game, including a ride that consists of a spinning platform on top of a teetering tower of sheep.

There are 15 new and exclusive cards to collect, as well as a restaurant, a shop, a station, and more – all designed to help you raise your park’s income.

Rollercoaster Tycoon Touch is a solid reboot of the ’90s classic, and it’s been downloaded more than 10 million times on Android alone. If you fancy giving it a go, and you like Shaun the Sheep, this is your lucky day.