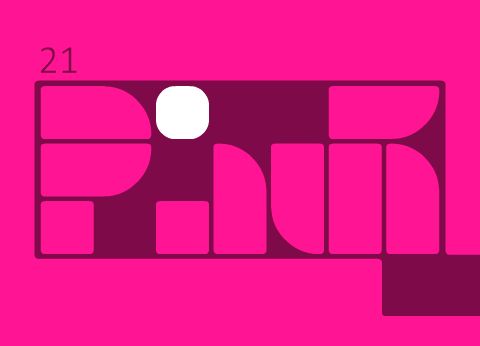 It’s been another stellar week for new releases, and not just because two of the games in this list are set in space.

We’ve got Magic: The Gathering Arena, the highly anticipated mobile port of the PC game, which itself a port of one of the best physical card-battlers ever made.

We don’t give out Game of the Week awards, but if we did this week’s prize would go to Bart Bonte’s pink, another masterful, elegant puzzler in the color series that also includes blue, green, red, and yellow.

Go and download it now, and then come back and read the rest of this article.

Available in Early Access rather than properly available, Magic: The Gathering Arena has nonetheless been attracting plenty of attention since launching this week. It’s the closest thing you can get to the sublime card-battling of Wizard of the Coast’s masterpiece. Comments on this site suggest that there are teething troubles, but it’s worth a look.

Micetopia is already out on other platforms, where it’s done moderately well in critical terms. This musine metroidvania is undeniably adorable, with its little pixel-art mouse hero scuttling about, killing other small animals with his sword. But it’s short and fairly by-the-numbers. Even so, we think it’s worth playing if you’re the market for a quick and shallow metroidvania affair.

Youzu’s latest is a cartoonish strategy MMO in which you play as a lord defending his kingdom against evil gnomes. Is it original? Not really. But it’s a solid strategy game with decent production values and a polished graphical style. If you’re in the market for a new free-to-play MMO, it’s as good a place to start as any.

Galaxt Genome is an ambitious space trader from SKVGames. It’s set deep in the interstellar void, as humanity is facing an existential threat from an unknown source. You’re a plucky pilot, delivering contraband, avoiding the law, and generally trying to build a life – saintly or sinful – in the inky depths of space. It’s got more than 2 billion star systems, apparently, and the early user reviews are stellar.

After a successful run in Japan, Square Enix’s Dragon Quest Tact has made the leap to, well, everywhere. The game sees you befriending, training, and battling with a team of monsters drawn from the Dragon’s Quest franchise. The early reviews are so-so, but there’s no denying that Dragon Quest Tact is a gorgeous and vibrant mobile game.

The launch of a new Bart Bonte color-based puzzler is always a cause for celebration. This time around the developer has gone for the color pink. Each of the 50 levels in pink has its own logic and rules, and these are never explained, forcing you to experiment and tinker. The user reviews are, as ever, out of this world. A must-play.

You wait all day for a space game and then two come along at once. Joining Galaxy Genome in the space sci-fi genre this week is Stellar Hunter, an RPG with roguelike elements. You play as the sole survivor of a space crash, and each playthrough sees you visiting strange planets, recruiting a crew, and making choices. It’s a bit like FTL, in other words.