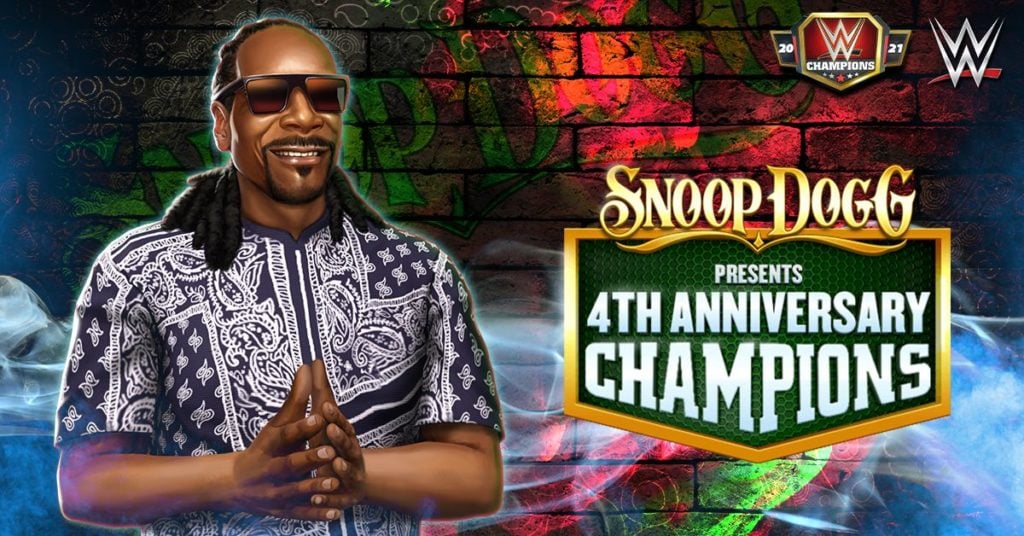 In a first for the popular WWE Champions mobile game franchise, Snoop Dogg is being added as a playable character.

While those not versed in WWE might consider the skinny, laconic, aging, marijuana-smoking rapper an odd fit for the popular wrestling franchise, Snoop is actually a WWE mainstay.

A recognised superfan and member of WWE’s celebrity Hall of Fame, Snoop has long professed a love of spandex crotch-hoisting, and is clearly delighted by his inclusion in the game.

“The Doggfather is ready to get in the game”, he (or somebody pretending to be him) writes in the press release. “Join me in the ring with some of my WWE favorites like Ric Flair, DX, and of course my cousin Sasha Banks”.

WWE Champions, which has surpassed 200m in revenue since the franchise launched in 2017, sees you taking on famous wrestlers via match-three puzzle rounds. This Snoop Dogg event marks the game’s fourth anniversary, and comes with various prizes and bonuses.

You can download WWE Champions 2021 for free right now on the Google Play Store.