Slashy Camp Is the Follow-up to Blue Wizard Digital’s Slayaway Camp, Out Now in Early Access 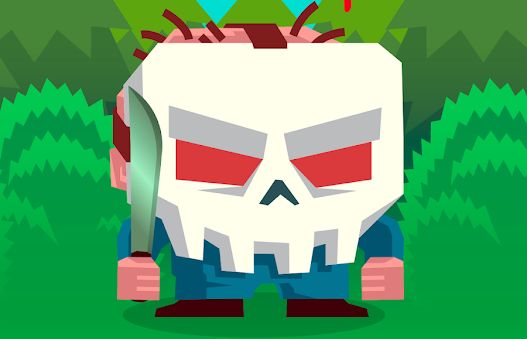 Starring SkullFace, the murderous protagonist from the previous game, Slashy Camp once again sees you making your way across a grid towards a series of teens and cops so that you can kill them.

Complicating matters slightly is the fact that they can move away if they see you, and shoot you if they belong to the law enforcement community.

Slashy Camp is more casual and arcadey than Slayaway Camp. The screen jolts upwards whenever you move, endless-runner style, and your goal is simply to get as far as you can and kill as many people as possible while avoiding traps, mines, and other hazards.

Slashy Camp is due to launch on the 2nd of March, but you can play it right now in Early Access (thanks, Funem).