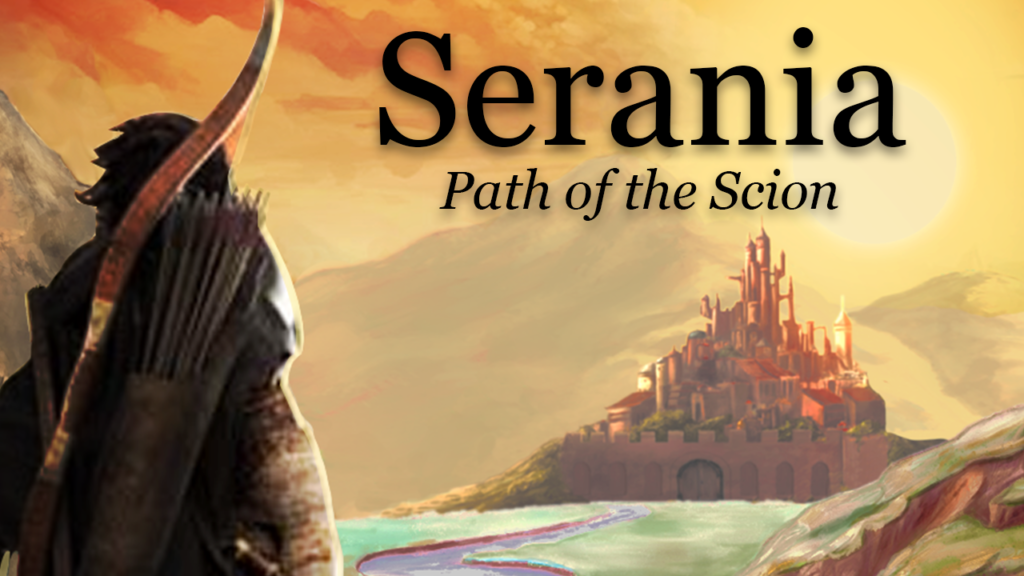 After a successful run in soft-launch, Serania – Path of the Scion is finally out globally on iOS and Android.

In case you’ve never heard of it – which would be understandable, since the soft-launch was confined to the Danish App Store – Serania – Path of the Scion is an innovative new text adventure with a hearty dose of RPG.

The game is a labor of love for indie developer Peter Ravnholt, who embarked on the project following some life-changing events a couple of years ago.

It sees you assuming the role of a simple, hapless villager who suddenly finds himself under pursuit by the king’s dreaded Blackblades. His only option is to flee and remain in the shadows while trying to work out what the hell is going on.

Your quest will see you meeting dozens of other characters, getting into scrapes, and gradually learning some shocking secrets about your reluctant hero’s ancestry.

Along the way you’ll meet some new friends, uncover some forgotten locations, and complete a ton of side quests.

Serania – Path of the Scion is an interesting proposition, gameplay-wise, combining text adventure and RPG elements seamlessly. While the action is presented entirely in text, there are features like inventory management and combat to handle as well.

There’s innovation in the text adventure aspect of the gameplay, too, with a progressive flow system ensuring that you never have to wade through long passages of text. Instead, the word-based action comes in rapid bursts, with sub-choices flowing from your choices.

This is a perfect system for combat, allowing for fast-paced fights with plenty of scope for variations and different strategies. Plus, you can take on multiple opponents, or fight alongside multiple allies.

The inventory management, meanwhile, lets you pick up, examine, use, and even buy or sell items, just like in a straight up RPG.

And the world is totally open, allowing you to explore at your leisure as you unlock new areas. Each of the 80 locations has its own elegant and evocative backdrop, providing just enough detail to create an immersive sense of place without drawing the eyes away from the all-important text.

Serania – Path of the Scion is free to download, and you can play about a quarter of the game without paying anything. There’s $3.99 IAP to unlock the rest.