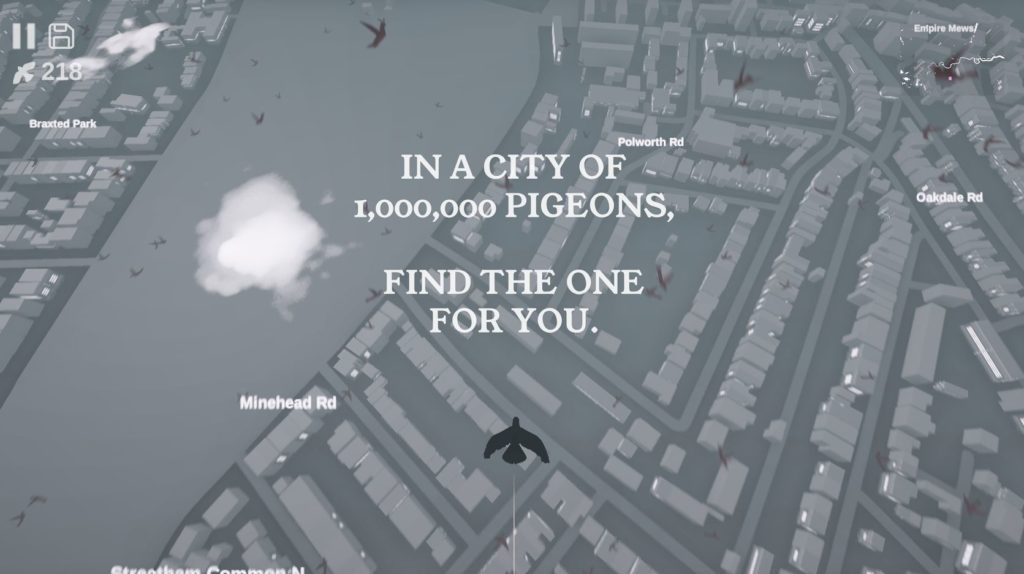 If you like experimental games, pigeons, and the city of London, this story is for you. Pigeon: A Love Story, from developer Wristwork, is an meditative game that sees you flying over a 3D map of London in search of your pigeon soulmate.

London is a very large city, of course, and there are a million pigeons in the game, so you’re unlikely to find your paramour. Instead, you’ll fly around, cooing futilely among the clouds and enjoying the spectacle of a virtual London streamed using live map data.

The trailer shows your silhouetted pigeon flying through a strangely crowded sky littered with what look like donuts. From the map below emerge place names, road numbers, and random snatches of dialogue.

It’s hard to know what to make of Pigeon: A Love Story, but we think it looks like an interesting and potentially engrossing indie game. It won’t cost you much to try it out – just 99c. Not bad for a whole capital city.

You can pre-register for Pigeon: A Love Story right now on the Google Play Store.