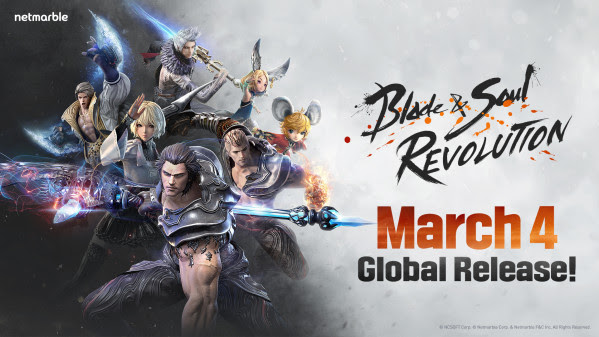 Netmarble has announced that its latest game, Blade & Soul: Revolution, will launch on March the 4th worldwide.

The campaign sees you seeking vengeance against Jinsoyun, a bad guy who killed your master. It takes place in a “humungous” open world, and you can travese the vast distances quickly by windwalking.

There’s an Open Field Faction War, too, involving up to 500 players per server, and a Joint-Attack system that lets you enhance your damage by joining forces with a team mate.

It doesn’t sound hugely original, but if you’re in the market for a free-to-play MMORPG this is probably a very safe bet.

Pre-register for Blade & Soul: Revolution now and you’ll get 1000 Black Crystals and a premium pet for free when it goes live.