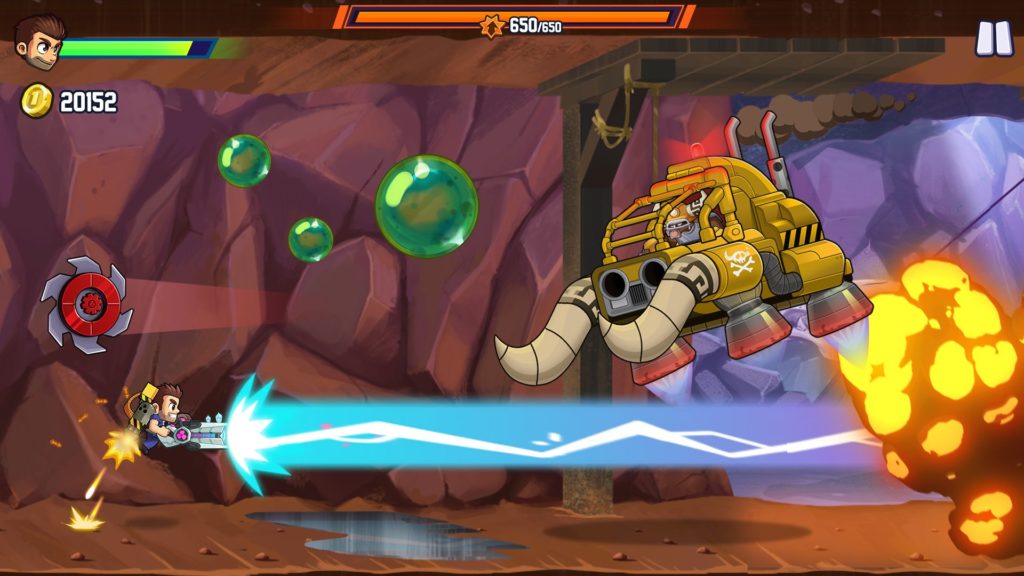 Jetpack Joyride 2: Bullet Rush, the sequel to Halfbrick’s much-loved casual arcade game starring studio mascot Barry Steakfries, is out now in a handful of territories. Those territories are Australia, New Zealand, and Canada.

The original Jetpack Joyride came out almost a decade ago, and has since been downloaded from the Google Play Store more than a billion times.

In the statistically unlikely case that you’re not familiar with the game, it’s an endless runner that sees you using a jetpack to barrel through a scrolling world full of baddies and weapon upgrades.

And here’s a bonus piece of trivia for you: Jetpack Joyride was called Machine Gun Jetpack during development, before Halfbrick evidently concluded that machine guns are not cool.

Jetpack Joyride 2 boasts an array of weapons to use and obstacles to avoid – much like the first game. It also features a flamethrower, boss battles, and a variety of backdrops.

Don’t expect many surprises, but a second helping of Jetpack Joyride is very welcome all the same.

You can download Jetpack Joyride 2: Bullet Rush right now if you happen to live in one of the anointed regions.

Otherwise you’ll have to wait.