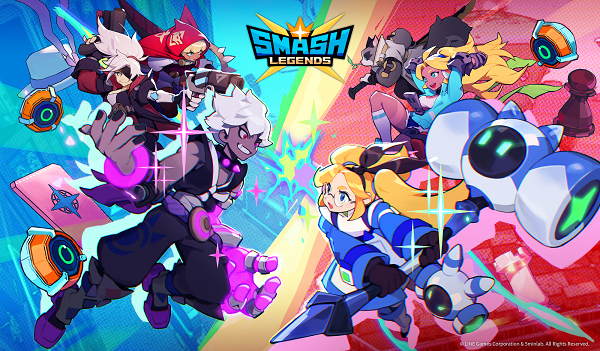 LINE Games has just soft-launched Smash Legends in the UK and four of the Nordic states: Sweden, Norway, Denmark, and Finland.

The game sees you playing as various different literary characters, or Legends, as you fight to keep order in Library World. Each of these fights lasts for three minutes, and involves trying to knock your opponent out of a floating arena.

According to the blurb, the controls are easy to learn but hard to master – but that’s exactly the kind of positive remark you’re likely to find in a blurb.

There are eight playable characters in the currenct soft-launch version, and six modes. These include head-to-head, duel, 3v3 capture point, and 8-player battle royale.

Smash Legends is a cross-platform game with PC, and support for cross-platform matches is “coming soon”. The game will be rolling out to more regions, too.

But if you’re lucky enough to live in one of the five countries where Smash Legends is available – albeit in buggy, soft-launch form – you can download it right now on the Google Play Store.