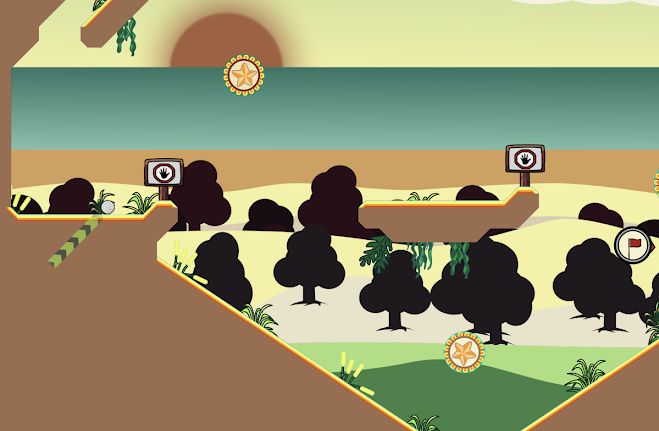 Developer A To Play has just released Dinkigolf on the Google Play Store.

A relatively conventional take on 2D mini-golf, it sees you propelling a small white ball towards a hole in as few strikes as possible, while trying to avoid various obstacles, hazards, and inconvenient lasers.

If you’ve ever played a 2D mini-golf game before, it looks like you’ll know exactly what to expect from Dinkigolf. It’s an apparently solid example of the genre, with some mind-bending parallax scrolling to keep things interesting.

There are two game modes – campaign and endless. There are skill-based unlocks, too, and a “large base set of courses”, with more promised in future updates.

Best of all, it’s a premium release. Dinkigolf costs $1.99 to download, followed by a lifetime of free content updates, no IAPs, and no ads.

You can grab Dinkigolf on the Google Play Store right now.