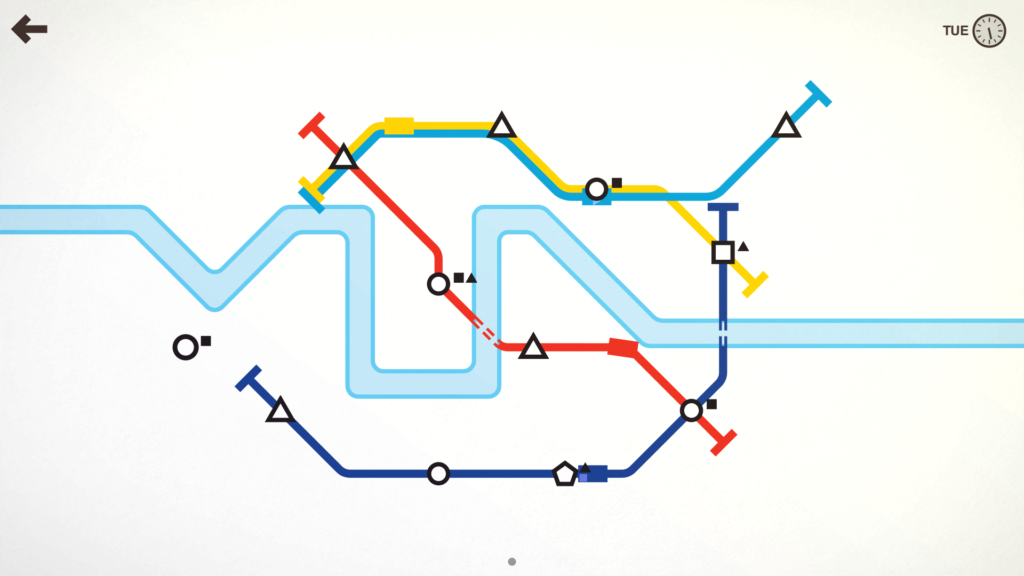 Mobile games are generally seen as the inferior little siblings of PC and console games. In some cases, this is fair enough. Fortnite works better with a controller and a big screen.

But in many, many other cases, mobile not only holds its own but blows its big screen rivals out of the water. While some of the games on this list have the unfair advantage of having been designed for mobile from the ground up, most of them came to PC or console first but simply work better on a smartphone.

No doubt you’ll disagree with some of our choices. You may also be disgusted by our shocking omissions.

Let us have it in the comments below.

Stardew Valley is one of the most beloved games of all time. It’s a straight-up feelgood factory, with a cast of loveable characters and a gentle, addictive gameplay loop that sees you making friends, exploring your new home, and building up a stonking great bankroll from farming, mining, and trading.

The mobile port comes with a couple of caveats: the text is quite small, and the 1.5 update still hasn’t appeared on the game’s smartphone versions yet. But that’s a small price to pay for the most portable, constantly available version. Mobile is Stardew Valley’s natural home.

Hearthstone came to mobile and PC more or less at the same time, all the way back in 2014, though the Android version trailed iOS by a few months. It was, and is, an absolute smash, taking the long-established Warcraft universe and filling it with an impossibly addictive, impeccably polished, endlessly refined card-battler.

It’s the first of several card-battlers on this list. Some genres just lend themselves to touchscreen gameplay, and this is one of them.

Time-management is another genre that works perfectly on touchscreen devices. When you’ve got to move a lot of things around the screen quickly, nothing beats the tactile immediacy of the evolutionary miracle that is your fingertip.

Cook, Serve, Delicious!! is just about our favorite time-management game. Look past the slightly odd, weirdly punctuated title and you’ll discover a mesmerizingly addictive and challenging catering sim, and the perfect mobile game.

Oh look, it’s another card-battler. Famously, Gwent: The Witcher Card Game started life as an optional mini-game in Witcher 3: The Wild Hunt. It’s an artifact of the pre-Cyberpunk 2077 era, when CD Projekt could do no wrong. It’s also an absolutely immaculate card-battler, steeped in Witcher lore.

Gwent: The Witcher Card Game arrived on PC first, but you won’t be surprised to learn that, for our money, mobile is the best platform on which to play this modern cross-platform classic.

The Plants vs Zombies Series

Tower defense is another genre that tends to work at least as well, if not better, on mobile than on its big screen counterparts. That’s thanks to the fact that your input is restricted to taps, which can be done more quickly with a finger than with a cursor. And the Plants vs Zombies games illustrate this perfectly.

This bonafide classic from EA-subsidiary PopCap Games sees you placing and upgrading various plants to see off waves of zombies. It turns your hand into a blur of frenzied tapping – a feat that’s difficult to reproduce with a cursor.

Layton: Unwound Future HD arrived on the Google Play Store fairly recently, rounding out the trilogy of ports that began with Layton: Curious Village HD. Level-5’s distinction puzzle adventure series is charming, engaging, and pretty much unique, and the games all work perfectly on mobile.

We’ll level with you: they work at least as well on DS and its successors, the stylus-powered platforms where the series began. But with those consoles now in the twilight of their years we thought it would be apt to include the Layton games on this list.

Another card game, but not a particular deep or sophisticated one in this case. Exploding Kittens is the brainchild of the dudes behind humorous website The Oatmeal. Like an irreverent take on Uno, it sees you sitting in a circle trying to best your opponents with the cards in your hands while trying to avoid the dreaded exploding kitten card.

While we love the physical version, Exploding Kittens just works better on a screen, where its distinctive aesthetic and sensibility originated. Plus, the mobile version has additional cards and features.

Don’t worry: no more card games after this. Cultist Simulator, from developer Weather Factory, is a card-based strategy roguelike in which you have to build up a cult by making card-based choices. It cleverly boils a sophisticated premise involving social manipulation on an epic scale down to a few binary inputs. It’s got a dark, compelling, Llovecraftian aesthetic, too.

As ever, our reason for including it on this list is that card games just work better on a touchscreen, where the interface is more immediate and intuitive.

You Must Build a Boat

You Must Build a Boat is the perfect follow-up to Luca Redwood’s cult indie hit 10000000. Released in 2015, it sees you alternately running around on a boat visiting your various crew members and engaging in frantic, addictive match-three puzzle mini-games. The overall aim, of course, is to build a bigger boat and effect your escape.

It came to PC and mobile at the same time, but as far as we’re concerned mobile is absolutely the defacto home of match-three games owing to the swipe-friendly interface of a touchscreen.

As far as we can tell, Human Resource Machine is pretty much unique among puzzle games. Casting you as an employee in a giant corporation, the game tasks you with devising sequences of commands in order to execute processes across two conveyor belts.

What makes Human Resource Machine unique is that it somehow manages to entertain while also imparting the basic principles of computer programming. And, once again, it works best of all on mobile because of that intuitive touchscreen interface, which allows you to drag and drop commands with your finger.

Once you’ve played Mini Metro on a touchscreen, it’s difficult to understand why anybody would play it on anything else, and more difficult still to understand why it came to PC first. This remarkably finger-friendly game sees you dragging nodes around to build subway routes.

Square Enix Montreal pleasantly surprised us when it released Hitman GO back in 2014. Lara Croft GO (2015) and Deus Ex GO (2016) were less surprising, but no less pleasant. This achingly clever series took three action-heavy AAA franchises and reimagined them as boardgame-style casual puzzlers.

The GO series came to PC and consoles later, but you really don’t need to bother with those versions. These are mobile games through and through, and absolutely essential ones at that.

One of the most widely acclaimed games of 2014 on any platform, 80 Days was a triumph for the mobile platform and one of the titles that helped to legitimise mobile gaming in the eyes of a sceptical games media.

This charming interactive book from Inkle is based on Jules Verne’s swashbuckling 19th century novel Around the World in Eighty Days. As well as choosing narrative paths you’ll need to manage the voyage, buying and selling items, looking after your master, and so on. You can play it on PC and Switch, but it just works better as a game you’ve got in your pocket all the time.

There are definitely pros and cons to this one. Adriaan de Jongh’s highly acclaimed hidden object game is full of charm and stunning to behold, whatever kind of screen you’re seeing it on. However, for practical reasons we have to admit that a PC screen may lend itself better to the game’s sprawling levels and minute details.

On the flipside, it’s a great game to have in your pocket, perfect for those moments of downtime on the toilet in the waiting room. Tapping the screen to pick out objects makes perfect sense, too. We’ll call this one a draw.

This one is a bit of a cheat, admittedly. The Room, from Fireproof Studios, was originally conceived for mobile, and its gameplay is entirely built around a touchscreen interface. In case you’ve somehow never played it, The Room – and its sequels – sees you solving environmental puzzles by manipulating objects within an atmospheric 3D environment.

The success of the series and its notably high production values made it inevitable that it would appear on other platforms, but mobile is still by far the best way to experience this modern classic – though the VR version gives mobile a run for its money.