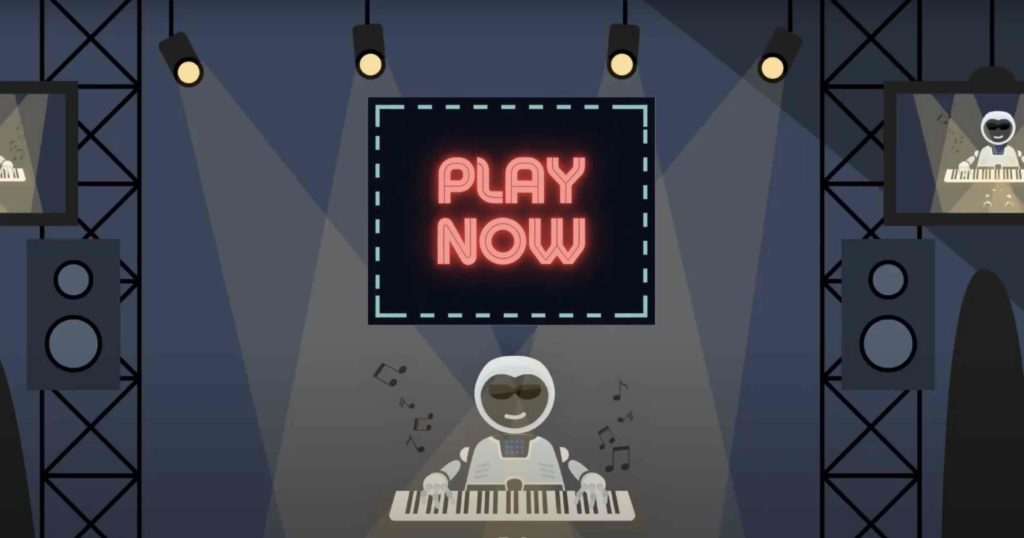 If you’ve played mobile games for any length of time, there’s a pretty good chance you’ve played a piano game of some kind. They have widespread appeal, are easy to understand, and practically made for touchscreen devices.

Piano games also tend to be pretty similar, enough so that it may seem hard to believe that someone could come up with an inventive way to shake them up. Be that as it may, it’s exactly what HAVE has done with its first mobile game, appropriately titled Robbie the Robot.

Title character Robbie is a robot who used to be an ace pianist until lightning’ shorted out his visual processor. Now he needs you to help him remember how to play, but while you start out by tapping or long-holding keys as they fall down the screen in straightforward fashion, you’ll quickly notice them getting blurry and darker…and then not be able to see them at all.

Robbie the Robot are challenges you to rely on muscle memory when you can’t use your eyes, and it’s doing so for a purpose: to raise awareness for the visually impaired. Half of the money from the game (even things as simple as watching ads) is being donated to Sightsavers, an charity working in developing countries to treat preventable blindness and promote equality for visually impaired people around the world.

That’s a cause anyone can get behind, with the added bonus that it’s being driven by a game that will make you look at the piano game genre in a whole new way — which is to say, not at all, once you get the hang of playing notes without seeing the tiles.

Also the team at HAVE are giving away $300 worth of premium headphones and earbuds. Click this link to learn more – you have until the 21st of March to enter.

Put some all new skills to the test now and feel good about doing it by downloading Robbie the Robot for free from the App Store or Google Play.