The Latest Just Cause: Mobile Trailer is a Ludicrous Extravaganza, More Details Unveiled 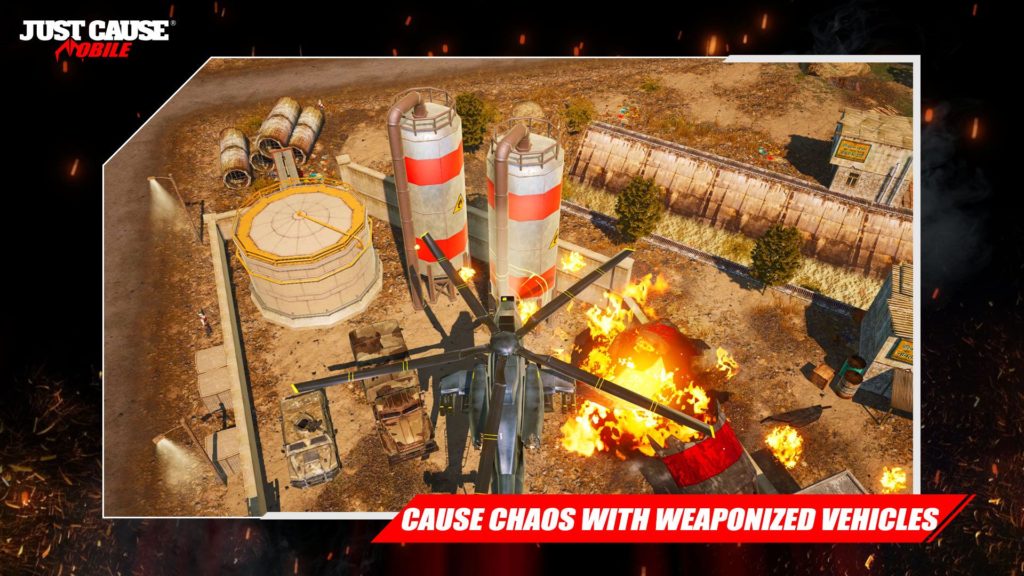 Square Enix has just released a new cinematic trailer for Just Cause: Mobile, its forthcoming mobile spin-off of the popular action series.

As you can see, it’s an eye-popping extravaganza depicting an unlikely airborne raid than begins with the good guys surfing through the sky on missiles and ends with the same good guys, miraculously still alive, escaping from a large explosion with grappling hooks.

In the 60 seconds or so between those events, they kill hundreds of men.

We’ve also got more details on the backstory. Just Cause: Mobile sees you joining the ranks of Firebrand, a “special division within a covert organization” called The Agency. Your mission is to stop a mercenary group called Darkwater, by making them explode.

Various characters from Just Cause games past will feature, including Annika, Teo, and of course Rico Rodriguez.

The campaign will take you to three huge open-world areas around the globe as you track down Darkwater using an arsenal of weapons, a fleet of vehicles, and and a swarm of gadgets. There are challenge mode missions, story missions, and multiplayer.

It looks like an ambitious action-oriented take on the franchise and we’re looking forward to seeing it in action. Just Cause: Mobile will be available for free later this year. 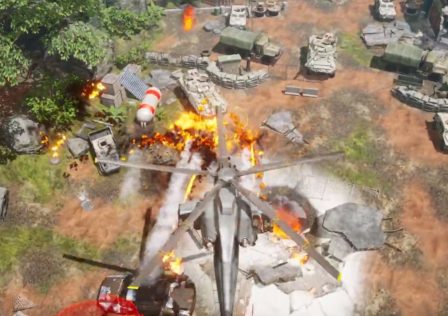