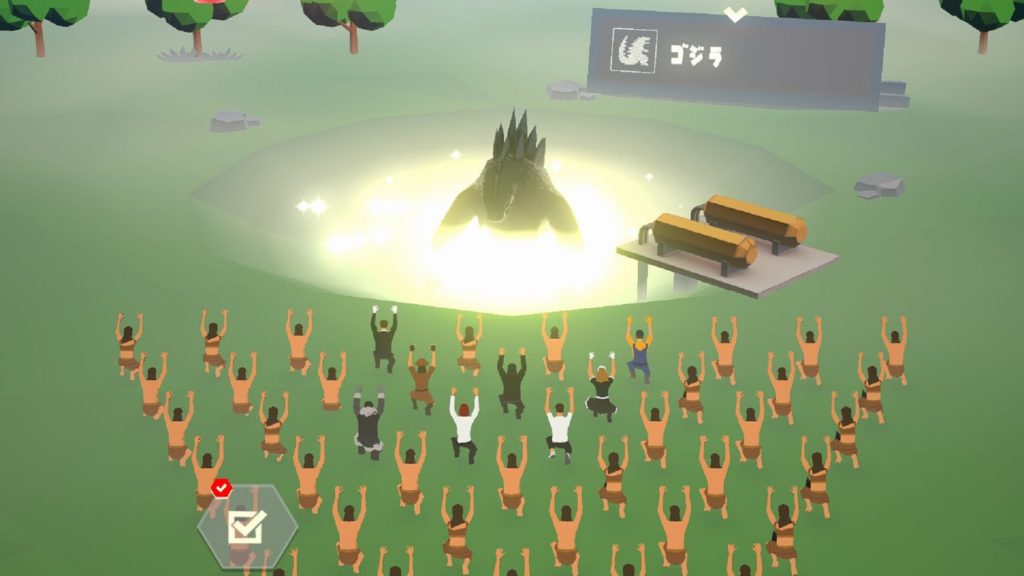 For such a gigantic monster, Godzilla really has a knack of sneaking up on you. This week saw the announcement of not one but three new Godzilla mobile games, one of which is already out.

Rocket League Sideswipe pulled off the same trick, silencing its engines just enough to ensure its announcement was a surprise – albeit one we’ve been expecting for several months.

The read about the best new Android games this week, check out the Saturday companion to this article.

Run Godzilla Is the First of Three Godzilla Games Coming to Android This Year, Out Tomorrow

Godzilla is on the rampage. Not only is the mighty nuclear dinosaur appearing in a PUBG Mobile event and a movie in which he takes on King Kong, but license holder TOHO is also releasing three Godzilla mobile games. The first of these, the truly weird idle game Run Godzilla, is already out. The others are both more conventional, destruction-based efforts, and they’re coming later this year.

This week we decided to round up 14 of the best Android racing games. The list includes a diverse array of racers, from super-polished games with console quality graphics to retro affairs that look like something from the Commodore Amiga library. The only kind of racer we didn’t include is drag racers like CSR and Project Cars Go. Steering is a minimum entry requirement.

A Rocket League mobile game has been in the rumor mill for months, ever since developer Psyonix posted a job ad for mobile QA testers. At long last, that rumor has morphed into a glorious, fully formed mobile game announcement. Rocket League Sideswipe is a mobile Rocket League built from the ground up for touchscreen devices, and it’s coming this year.

The Room is one of the most influential puzzlers of the last few years, and Machinka Museum is the latest game to pay tribute to Fireproof Games’s atmospheric masterpiece. It takes place in a museum full of mysterious alien artifacts, and as you swipe and tap to solve a series of environmenal puzzles you’ll learn more and more about these extra-terrestrial visitors.

It’s fair to say that Pokemon GO has been a success. Nintendo and Niantic are keen to repeat this success with an unnamed Pikmin AR game about which we know almost nothing. Given the strategy-focused gameplay style of the Pikmin games themselves, we’re prepared to tentatively suggest that Pikmin AR may be fairly different from its Pokemon-based predecessor, but we’ll just have to wait and see.