Supercell, the studio behind the enormously popular and influential Clash of Clans and Clash Royale, has just announced that it’s working on three new Clash games.

Then it threatened to kill them if they don’t, “become the great games that Clash fans deserve”. Which is fair enough. The studio also stresses in its announcement post that the teams working on these new projects are “100% separate” from the teams working on the other Clash games, so there’s no danger of those getting less development love.

Clash Quest is a “turn-based tactical adventure strategy game”. It will see you going up against various bosses and other defensive arrangements, using a set number of troops. As you advance through the campaign you’ll add more troops to your army, and gain the ability to field more troops of the same type for bonus effects.

Clash Mini is Supercell’s take on the autochess genre. It will see you placing “minis” on a little 3D board. It’s the most accessible of the three.

And Clash Heroes is an action-RPG featuring familiar Clash characters. The aim will be to assemble a team of these heroes and set out on a “journey through the world of Clash”. There are giants, golems, and other fantasy monsters.

All three games look promising at this stage, raising hopes that Supercell won’t kill them.

You can expect to see some soft launches soon. 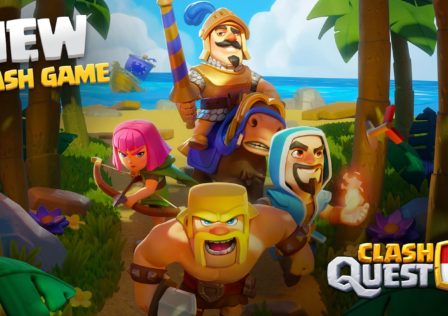