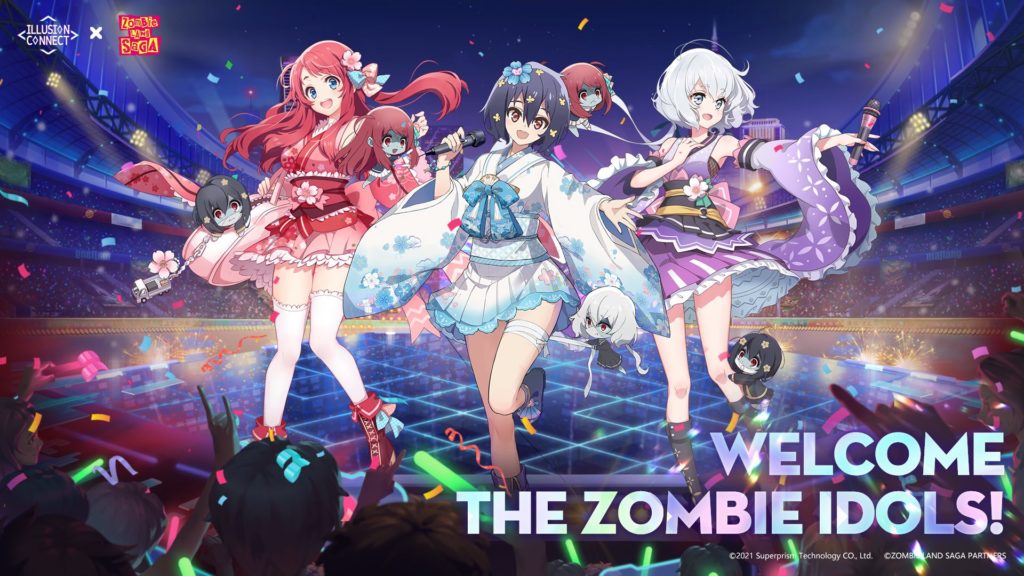 In the fairly likely event that you haven’t come across Zombie Land Saga yet, it tells the story of a group of girls from throughout Japanese history who have been resurrected as zombies in order to form an undead idol group called Fran Chou Chou.

Zombie Land Saga is a cult hit in Japan, spawning a spin-off manga and even a couple of singles.

Zombie No. 1 Sakura Minamoto is the main protagonist of Zombie Land Saga, and the first character to be introduced in the show. She wakes up in a zombie-filled mansion ten years after being killed by a truck on her way to an idol audition.

Each of these guest stars has her own special skills in battle, and together they can remain on the battlefield after death. They can also invite Saga allies for support.

To celebrate the crossover, Superprism Technology is posting a special Dream Show on its YouTube channel – which you can find below.

In the meantime, you can download Illusion Connect for free on the Google Play Store and the App Store.