Fight Your Demons in Everything is Fine, a Fresh and Fearsome Action Game for Android 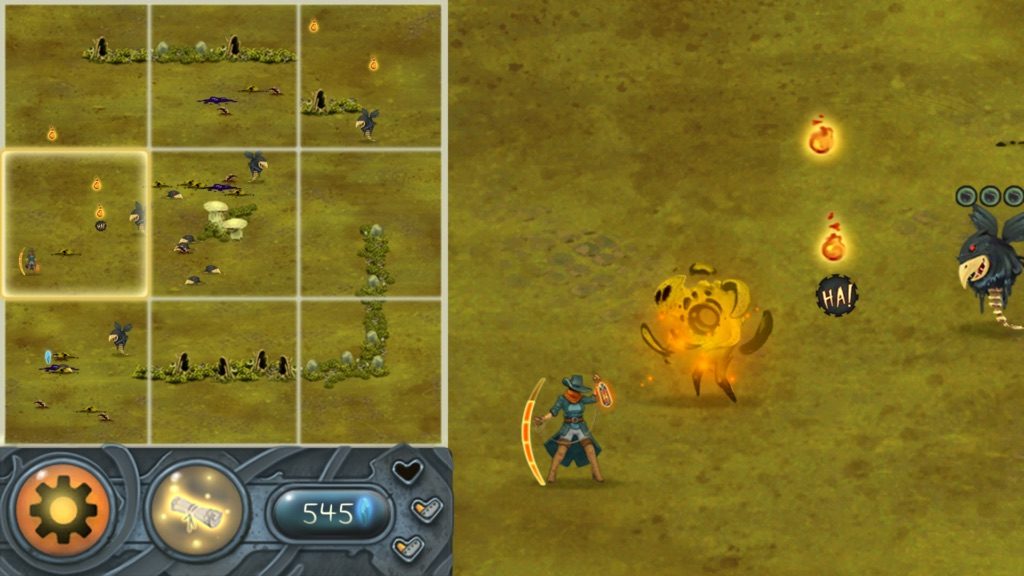 The problem with a lot of action games on mobile is their controls. It can be fiddly and annoying using on-screen buttons, and it lacks the intuitive feel that we’ve come to expect from using our phones. Everything is Fine bypasses a lot of those problems with a truly unique control system.

The game is an action adventure that sees you fighting your mental demons, taking down panic, paranoia and depression with the fiery blasts of your internal light. To help you along the way, it splits the screen in half. On one side there’s a mini-map, on the other a zoomed-in section of that map.

You tap on the mini-map to explore and move around the world, and on the other half of the screen to attack and dodge the monsters in that section. It’s a really smart control scheme that means you’re never going to be overwhelmed or miss an attack because your finger has slipped off a button at the worst possible time.

The monsters you’re fighting against are all projections of internal trauma, and they’ve been designed to capture those feelings perfectly. This isn’t an easy game by any means, and you’re going to have to be on your toes if you want to make it through the campaign mode to the final boss.

That campaign mode is split into 30 different levels, packed with creatures to take down, special power-ups and boosts and much, much more. Alongside the campaign there’s an endless mode that adds a roguelike flourish to the experience with random drops and infinite waves of enemies.

Everything is Fine is a meaty and entertaining action game that’s packed to the rafters with big, bold and bright ideas. Throw in a gloomy art style and an important message and you’ve got yourself a winner. You can download the game from the Play Store right this second by clicking here.