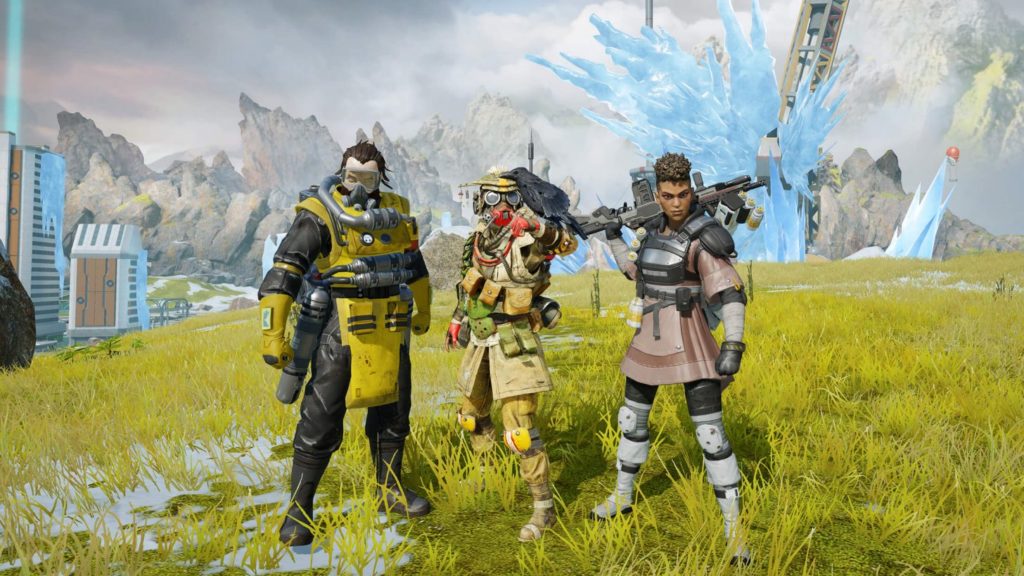 There are big things afoot in the shooty shooty world in 2021, with new multiplayer shooters planned from Square Enix, EA, Activision Blizzard, and EA again, among other studios.

But it’s not all about firing virtual bullets and throwing pretend grenades. We’ve also got some magic missiles to look forward to in Diablo Immortal and a cross-platform mobile port of RuneScape.

It’s hardly a surprise, but EA really seems to be going all in with mobile shooters. Not only it is bringing its battle royale shooter Apex Legends to mobile this year, but it’s bring a port – built from the ground up for mobile – to smartphones in 2022. We don’t know much about it at this point, but it’s a legitimate cause for excitement if you’re a shooter fan.

Old School RuneScape is already available on Android, and it’s a hit. It was no surprise whatsoever, then, to learn that RuneScape is following it onto the platform. Jagex’s likeable free-to-play MMORPG has been around for ages, and it has a loyal playerbase of adventurers and traders. Mobile players will be able to interact with them thanks to cross-play support.

Want some cash? We’ve got just the gacha-RPG tournament for you. Developer Smilegate Megaport is holding a World Arena Championship in Epic Seven, with a share of a $50,000 prize pot up for grabs. To win, you just need to, I guess, be really good at Epic Seven. Good luck!

Catopia: Rush Gets a Soft-Launch Release in 150 Countries and 10 Languages, Plus a New Trailer

Catopia: Rush is not the first cat-based RPG. That honor goes to Cat Quest, as far as we’re aware. But it’s a completely different proposition, with a gameplay mechanic that borrows more from MOBAs than from your average action-RPG. You can now play Catopia: Rush in 150 different countries. Sadly, the US isn’t one of them. Here’s a trailer to tide you over.

Apex Legends is EA’s contribution to the hugely popular battle royale genre, and it’s widely considered to be one of the best games of its kind. This thanks to some polished presentation, refined gameplay, and a couple of neat innovation. The mobile version is in beta in select terrories – India and the Philippines, to be exact – and the global launch is happening later this year.

Have you ever played the board game Colt Express? You should. It’s really good. Sixit sounds a bit like that. This clever narrative puzzler sees you using six actions per turn to solve puzzles, explore, and push the story forward. We’re still a bit perplexed by Sixit, but it looks like a solid prospect with some clever ideas.

This isn’t the first time Diablo Immortal has found its way into the hands of the eager public. Following a technical alpha in December that produced some very favorable feedback. This time around, a handful of players in Australia are getting to sample a few new systems and a bit more content ahead of the game’s launch later this year.

We decided to round-up the biggest of the battle royale games coming to Android this year. And boy are there some heavy hitters, with Apex Legends, Final Fantasy VII, and PUBG among the global megabrands targeting the Google Play Store in 2021.