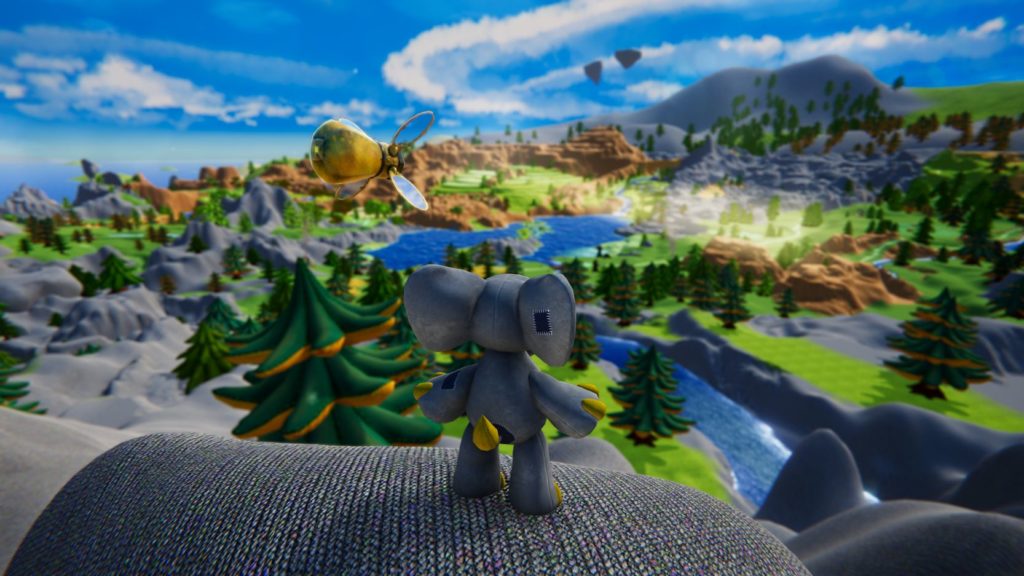 In case you’ve never played it, Woven is a kid-friendly title in which you play as a stuffed elephant in a world of woollen creatures. Accompanying this elephant, whose name is Stuffy, is a metal firefly called Glitch.

The goal is to help Stuffy work out where all the machines suddenly came from, why Glitch has shown up, and to generally explore the “world of wool, fabric and hidden dangers”.

To do this you’ll need to find animal blueprints, allowing you to modify Stuffy’s shape and abilities. For instance, you can give him a pair of rabbit legs to replace his rubbish old elephant legs, allowing him to jump much highter.

Woven is a simple, slow, unchallenging game that would suit a younger player who likes the idea of Ratchet and Clank but just isn’t ready for the big leagues yet.

You can download it for free right now on the Google Play Store. There’s an IAP to unlock the full game.