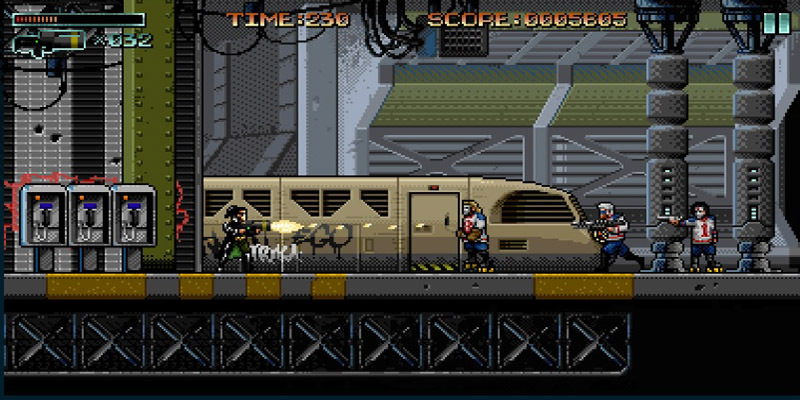 There’s some top stuff in the roundup this week, including Huntdown, a pitch-perfect piece of pixelly platforming fun, and Phrased Out, a clever quiz game with an RPG element.

There are some strange ones, too. The Longest Road on Earth is a divisive proposition, bound to appeal to a certain kind of gamer just as it alienates another.

The good news is that the world’s young no longer need to labor in ignorance of human anatomy, thanks to BodyQuest.

Huntdown has a great origin story. This stylish retro platformer was originally intended to be a mobile release, but its developer changed course and released it on PC instead. Okay, not a GREAT origin story. A mildly interesting one. Now Huntdown has come home, letting Android gamers enjoy the thrills of 80s-style 2D arcade baddie-killing.

The Longest Road on Earth

The Longest Road on Earth, from boutique publisher Raw Fury, is a black and white game with no jeopardy in which you “immerse yourself into the ordinary lives of four characters”. That will put a lot of people off, but if you’re into the arthouse scene you’re bound to love this stylish, thought-provoking narrative experiment.

The RPG form has been combined with many different genres, including puzzle, action, and even sport. Phrased Out is the first game we’ve come across that combines RPG and trivia game. It’s a stylish, tongue-in-cheek retro game with thousands of questions across a range of topics. Seems like a slam dunk to us.

Guardians of Cloudia is quite a good-looking RPG with some extremely familiar gameplay. It sees you collecting, training, and battling more than 100 collectible pets with different elemental affinities, classes, and so on. There’s PvP, PvE, customisable skins, and more. Plus a battle royale mode. It’s probably fine.

Children 6 years and up don’t know enough about the musculoskeletal system. They’re generally clueless about digestion, respiration, and the organs responsible for circulation. It’s a problem. Most of them don’t even know what a cerebellum is, and we’ve yet to meet a child who can name eight muscles. BodyQuest will put that right.