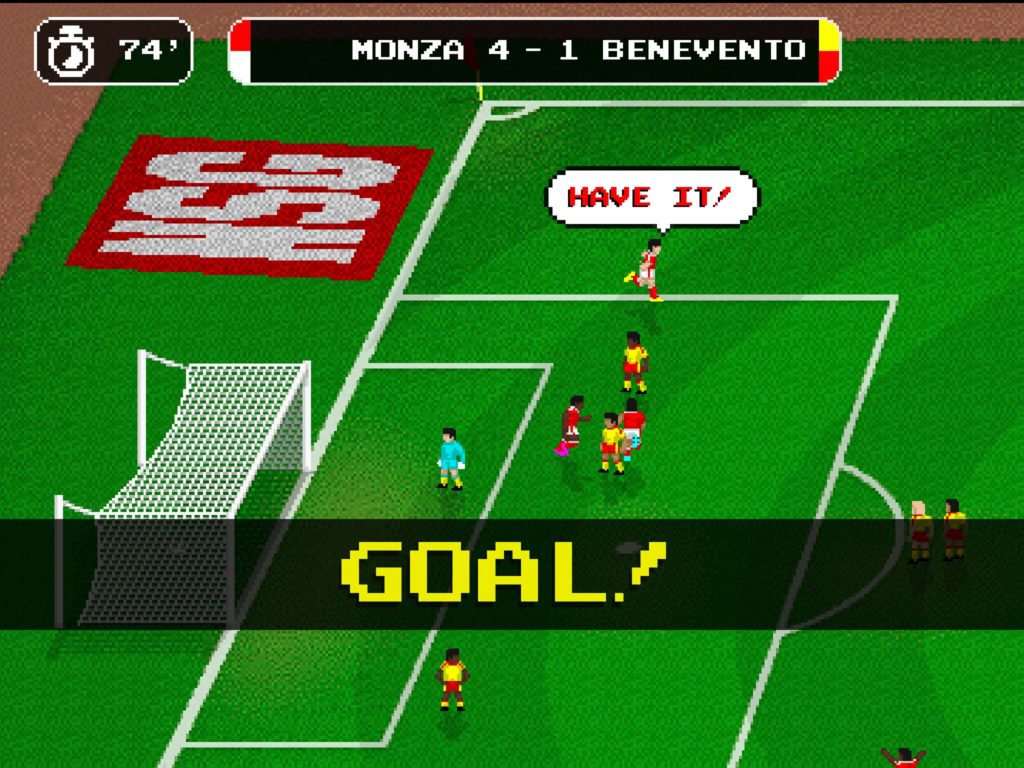 Retro Goal is the latest game from New Star Games, developer of some of the most addictive sports management sims the world has ever seen. Seriously, we’re still playing Retro Bowl on a regular basis at Droidgamers towers.

Retro Goal is a take on soccer that mixes together management and arcade-style play with aplomb. The graphics are inspired by some of the greatest soccer games of the 16bit era, and the whole thing looks awesome.

It’s fair to say that New Star has some pedigree in the kicking-the-ball department as well. New Star Manager is one of the most incredible soccer games we’ve played, and we’re hoping Retro Goal can capture something similar, with an added nostalgic twang.

The game has launched on iOS, and it’s slated to land on Android in the not-too-distant future. You get to play the first ten games for free and if you like what you see you can pay to unlock the rest of the game.

Simon Read from New Star Games said “Retro Goal is our love letter to 16-bit football, an effort to capture the gorgeous look of 90s videogames whilst bringing the gameplay up to date for modern devices. I am so pleased with how the game has turned out and now I can’t wait for players to get their hands on it.”

We can’t wait, either. We’ll let you know when Retro Goal lands on the Play Store. Until then, we’ve got our hundredth season of Retro Bowl to get on with.