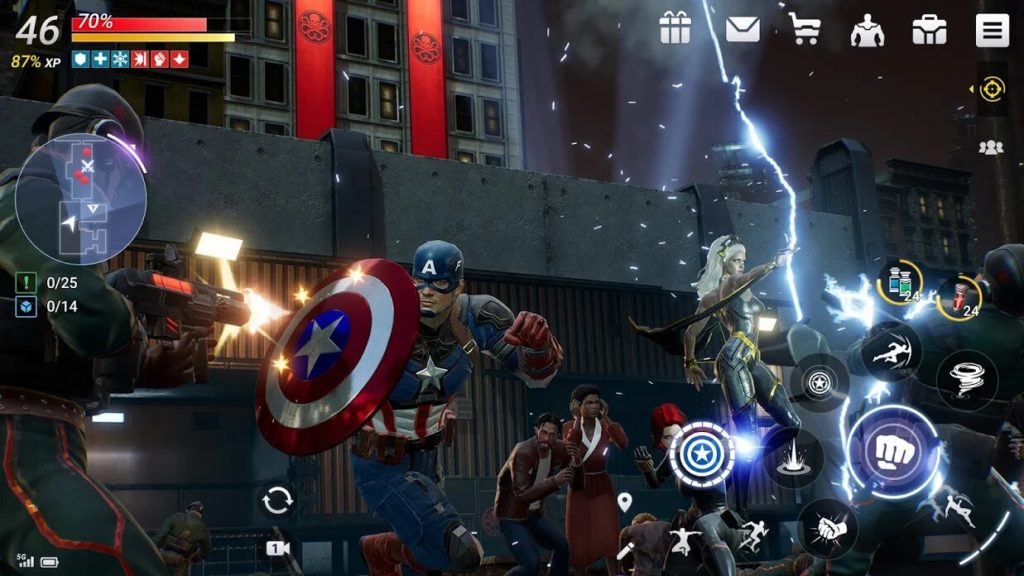 We haven’t heard much about Marvel Future Revolution since last year, but pre-registration for Marvel’s first foray into the ARPG genre on mobile has just gone live on the Play Store. So we guess we’re hearing about it now.

The game is an open world MMO that sees you meeting a bunch of legendary Marvel superheroes, wandering around punching people and doing the sort of things you’d expect in a superheroic mobile MMO.

And, it has to be said, it looks pretty darn good. The game is built in the Unreal Engine and it’s all shiny and nice and here’s a trailer so you can go ‘ooooh, that does look shiny and nice’.

There looks set to be loads of customization options for your own hero, as well as a massive story and loads of quests. Plus Spider-Man. Everyone loves Spider-Man.

According to the Play Store page for the game, you’re going to need a device with at least 3GB of RAM to play this one. The rather brief recommended device list suggests a Galaxy S10 or higher. Make of that what you will.

If you’d like to pre-register for all of this costumed nonsense, you can do it by clicking here. There are pre-registration bonuses, and you can find out about them, and uncover more about the game, at the official Marvel Future Revolution website.