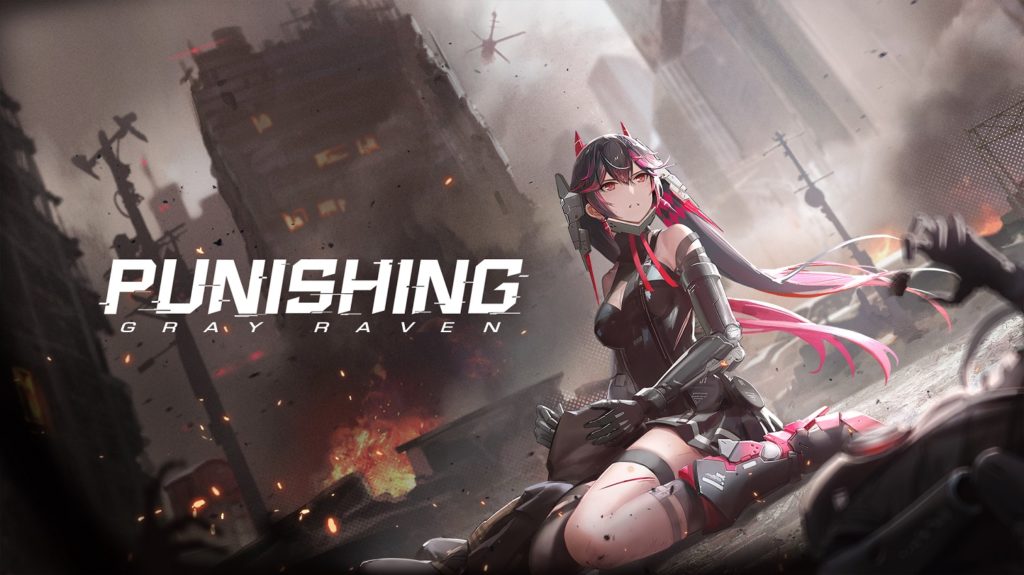 At the end of last month, pre-registration went live for Punishing: Gray Raven, the upcoming ARPG from Kuro Game. Well, now we can reveal that the game is launching worldwide next week – on July 16th to be precise. Which means you’ve got just over a week to wait before you get your hands on it.

Thus culminates a ramping up of excitement over the game, that saw the release of a whole bunch of character trailers and a pre-registration bonanza that offered up loads of different goodies for anyone signing up early.

All that’s really left now is to play the game and see if it’s actually any good. It certainly looks good. Here’s a trailer to show you just how good it looks. Real shiny good.

It’s got cyborgs and explosions and grim cyberpunk neon styling. There are definite shades of Genshin Impact here, but instead of blue skies and open vistas there are grotty metal platforms and grey-brown clouds.

There’s combo-heavy combat, co-op missions, a huge and ever-growing story and loads more. Punishing: Gray Raven is certainly packed full of stuff – here’s hoping it all manages to gel together into something awesome.

Anyway, there’s still time to get your pre-registration down for the game. Click here and you can pre-order Punishing: Gray Raven from the Play Store right this second.