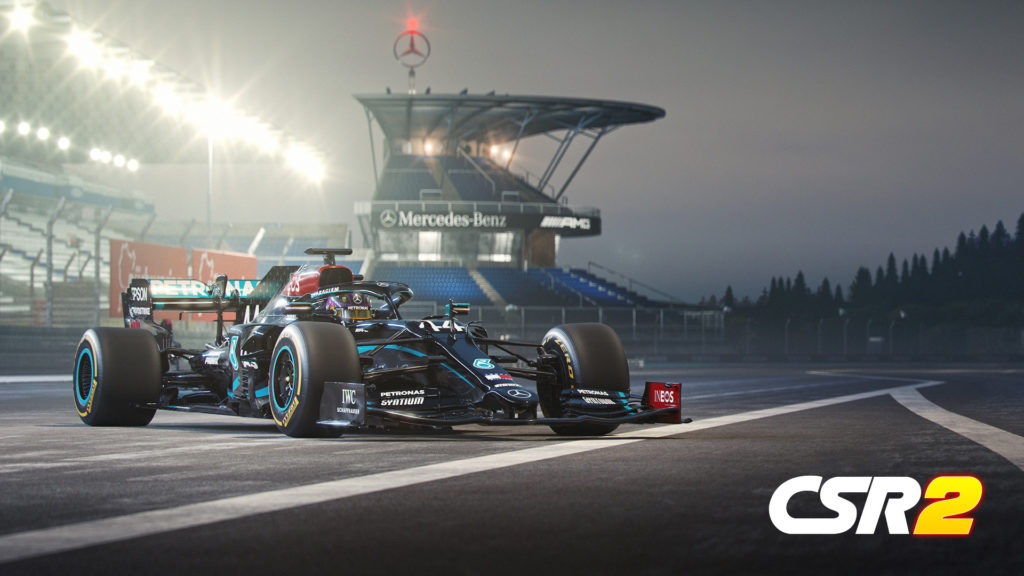 NaturalMotion has revealed some details about the next CSR Racing 2 event. After the success of the recent America-themed event, this one’s set to take players to raceways inspired by some of the most famous tracks around Europe, and offer them the chance to win an F1 car.

Not an F1 car in real life, unfortunately, but an F1 car in the game. Don’t get too sad – the insurance on an F1 car would be ridiculous. The event kicks off on August 12th, and we’ve got all the details right here.

Every player will receive a new car in the shape of the BMW M4 Coupe (G82) “M Performance” by participating in the first of eleven challenges set across three tracks inspired by Nürburgring, Germany and Matera, Italy and another, third place.

You’ll also be able to unlock other cars as you race, including the Pagani Huayra R. And that’s the first time you’ve been able to get that particular gas-guzzler in CSR2. Neato.

To get the F1 car – or more specifically the Mercedes-AMG F1 W11 EQ Performance – you’ll have to compete in the final race of the event. The car comes in the real-world black livery Mercedes designed to take a stand against racism and discrimination.

And that about covers it. The Europe Series multi-event runs from August 12th to October 29th. You can click here to download CSR Racing 2 from the Play Store right now for free.