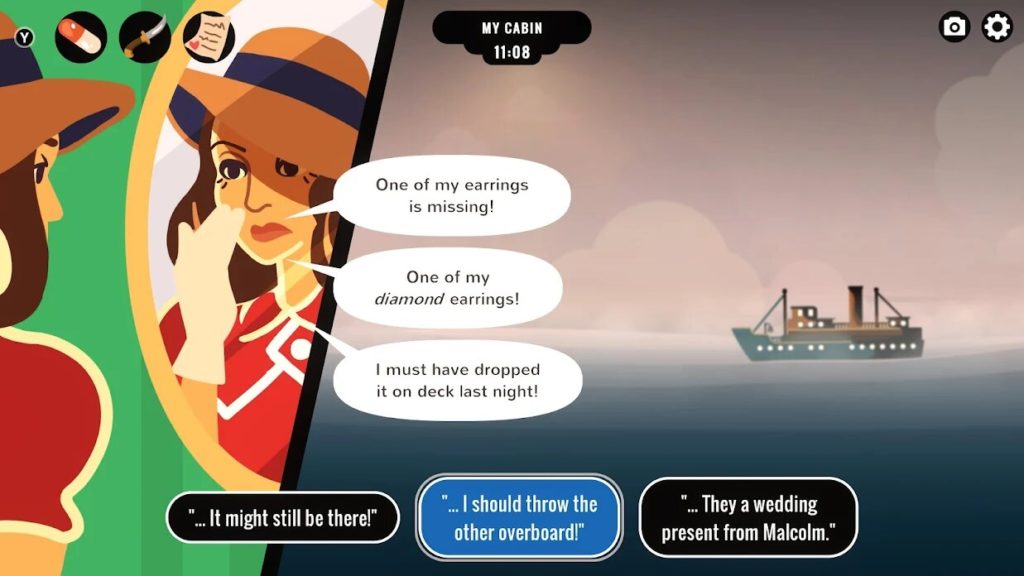 Another week has passed, which means it’s time to take a look at the best games that have landed on the Google Play Store over the last seven days. There are a few decent titles this week, ranging from a boat-based murder mystery to a monster slaying wander through your local area.

There isn’t one marquee release this week, but we reckon all the games on this list are worth checking out. They might not be to everyone’s tastes but hey, what is? And, y’know, at least one of them is going to force you to get out of the house.

If you’ve spotted something you think should have been on the list, then do let us know in the comments below. Before that, though, let’s get on with it. Here are what we think are the best new Android games this week.

A super smart mixture of an adventure game, a visual novel and a whodunnit. Well, not a whodunnit, because youdunnit. You’re on a boat, you’ve murdered your husband, and you’ve got eight hours to prove to your fellow passengers that you’re not the culprit. There are secrets to discover, hours of replayability and loads more going on here. It’s a premium game with no IAPs that’ll set you back $6.49

This one’s an AR monster-hunting game that sees you wandering around the real-world and trying to capture critters from the Witcher universe. There are story quests, trophies to collect and different beasts to try and slaughter depending on the time of the day or the weather. It’s free to download and there are IAPs, but you can play without worrying about having to pay.

It might have been out on other platforms for a while, but now Android players can finally get their hands on this coding-based puzzler. You’ve got a bunch of humans who perform different roles, and you need to combine them in innovative ways to get the job done. If you liked Human Resource Machine, you’ll love this. It’s a premium game with no IAPs.

Bored of exploring fantastical lands? Why don’t you go and explore Italy instead. There are a hundred different puzzles for you to try and complete, each of them set in and around a famous Italian landmark. It’s fun, and it’s educational. But not in any rubbish ways. It’s free to download and there are no IAPs.

What’s the best thing about wrestling? Is it the leotards? Throwing people around? Of course not, it’s the management. AEW Elite General Manager sees you hiring a roster of wrestlers in order to earn fans and cold hard cash. It’s a bit buggy at the moment, but it’s certainly got potential. You can download it for free and there are IAPs.