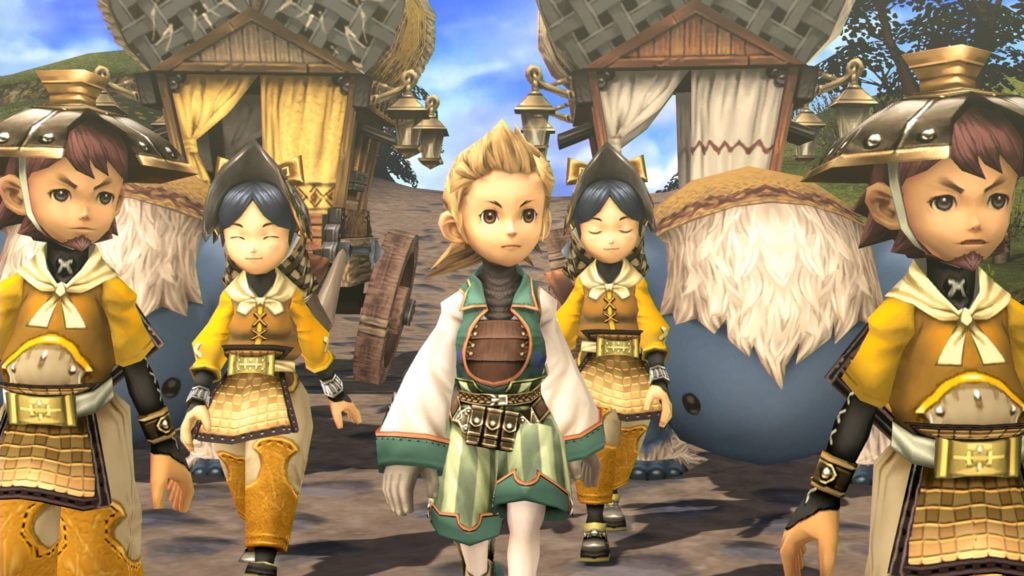 There are loads of Square Enix games on mobile, ranging from free to play gacha smashers to enormous and expensive JRPG experiences. So we thought it was a good idea to make a list of what we think are the best of them.

These are the games that best capture Square Enix as a mobile developer, and showcase the excitement you can have with its games on your Android phone or tablet.

You can click on a game’s name to download it from the Google Play Store. And unless otherwise stated, the games are premium. If you’ve got your own suggestions, we’d love to hear them in the comments. Before that though, here are the ten best Square Enix games for Android.

A polished up version of one of the forgotten classics of the late 90s JRPG boom in the West. It’s deep, challenging and features a massive, branching storyline that changes depending on the characters you’re playing on.

A free to play gacha RPG that sees you collecting and building a team of monsters from classic Dragon Quest games. The battle system here is deeper than you’ll find in a lot of other similar games, and if you’re willing to put the grind in there’s a lot to love here.

One of the best games of the Gamecube era, now available on your phone. It’s a beautiful, co-op action RPG with some wonderful ideas that never quite seems to get the love it deserves. This version features cross platform play as well. You can play a chunk of the game for free, then buy the rest with an IAP.

Instead of porting FFXV in its entirety, Square Enix released this squodged down version. It features the same story and gameplay, but the graphics have been tweaked to make it work better on phones. And it’s awesome. Again, you get a chunk for free and then need to buy an IAP to get the rest.

A unique and intriguing JRPG that ranks amongst the best Square Enix ever made. It’s full of interesting concepts, Norse mythology and a combat system that still feels fresh and innovative. It’s another one that didn’t get as much love as it perhaps deserved when it first came out, so give it some now.

A classic among classics. This time-travelling JRPG set the standard when it first came out, and you can spot its DNA in so many games that came after it. This mobile version includes some new content as well as a variety of tweaks that make it even more entertaining on phones and tablets.

The most recent release on this list. It’s a mobile port of a recent console remaster of a classic SNES RPG. It looks gorgeous, it plays wonderfully and it’s got plenty of tweaks to make it flow better on mobile.

It was hard to pick just one of the classic Final Fantasy games to appear on this list – they’re all really good – but for our money, this is the best of them. It drops the angst of 7 and 8 while losing none of the epicness that made those games so much fun.

The Chaos Rings series was built specifically for mobile, which meant we really had to include this one. It feels a bit like a Kingdom Hearts game but without the Disney characters. There’s a great, if a bit confusing story, and a massive world to explore. Don’t worry if you haven’t played the other games, you’ll still be able to understand this one.

Again, it was tough to pick just one DQ game to go on this list. In the end we went for VIII, because of the fact you can play it one-handed in portrait mode. It’s still a deep and exciting game, but it’s good to see concessions being made for mobile play.