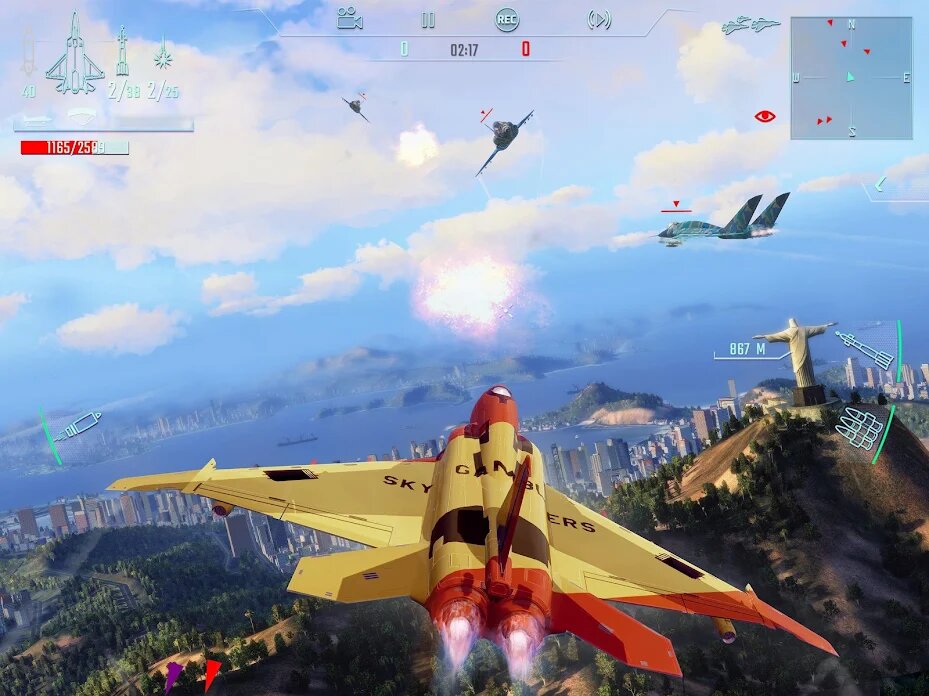 It’s been out on iOS for a while now, but Atypical has just launched its latest – and potentially greatest – shooty flight sim Sky Gamblers: Infinite Jets on the Google Play Store.

So, if you like planes, shooting other planes and flying about like you’re Tom Cruise in Top Gun, then you’re in luck. The game features both single player and multiplayer content, as well as more than a hundred different jets to unlock.

Now, that isn’t quite the infinite amount of jets promised by the title, but there are plenty of customization options you can play around with to make your own jet stand out.

You’re going to be flying over carefully recreated real-world locations from San Francisco to Rio de Janeiro, engaging in all manner of dog fights and blasting down surface to air missiles as well.

It all sounds very fast and dangerous and exciting, which is probably what you’re looking for in a flight sim with a focus on firing rockets at other players, right?

You can grab Sky Gamblers: Infinite Jets (we wonder if that’s a pun) from the Google Play Store by clicking here. It’s a premium release that’ll set you back $4.99, and you’ll need a device running at least Android 6.0 for it to work.