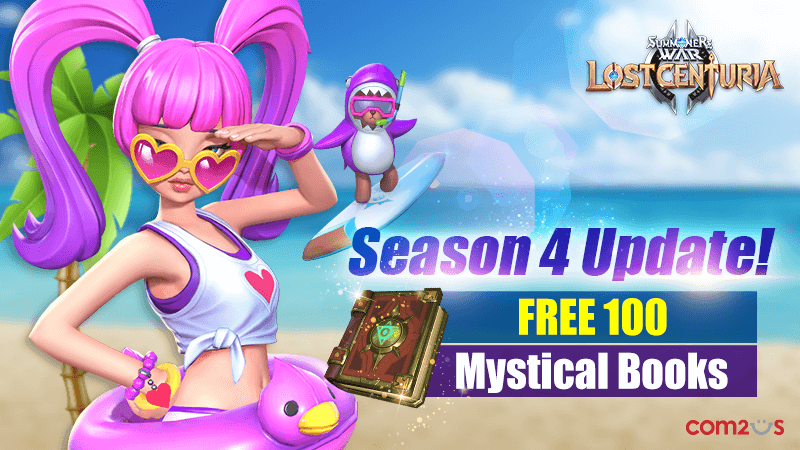 Com2us has just launched the latest season of Summoners War: Lost Centuria on the Play Store, and it’s bringing a whole bunch of content to the real-time monster battling game.

For one thing there are two new monsters for you to collect. There’s Scarab, an original Hero grade creature that can give a DEF up boost as well as Fortification effect that harms and heals as long as it lasts.

The second new monster is Belladeon, who Summoners War: Sky Arena players might recognize as Inugami. He’s a Rare grade monster with a handy move that recovers all of his allies.

There’s also a new mode called Goodwill Contest which lets you create your own scraps and set your own parameters. It’s a mode with an eSports focus and gives players control over who fights, who spectates and what monsters they can and can’t use.

Alongside all of that there are twists and tweaks to Arena Battle and Barrier Battle mode, as well as a bunch of new items and other content designed to balance out the game.

And on top of all the Season 4 goodies, Summoners War: Lost Centuria is also gearing up for its hundred day anniversary (just leave it, there’s no need to get furious every time someone misuses the term anniversary for Pete’s sake), including a new quiz and a Summer Vacation event.

For more details on all of this, you can click here to visit the Summoners War: Lost Centuria website. And if you fancy giving the game a go, click here to download it from the Google Play Store.