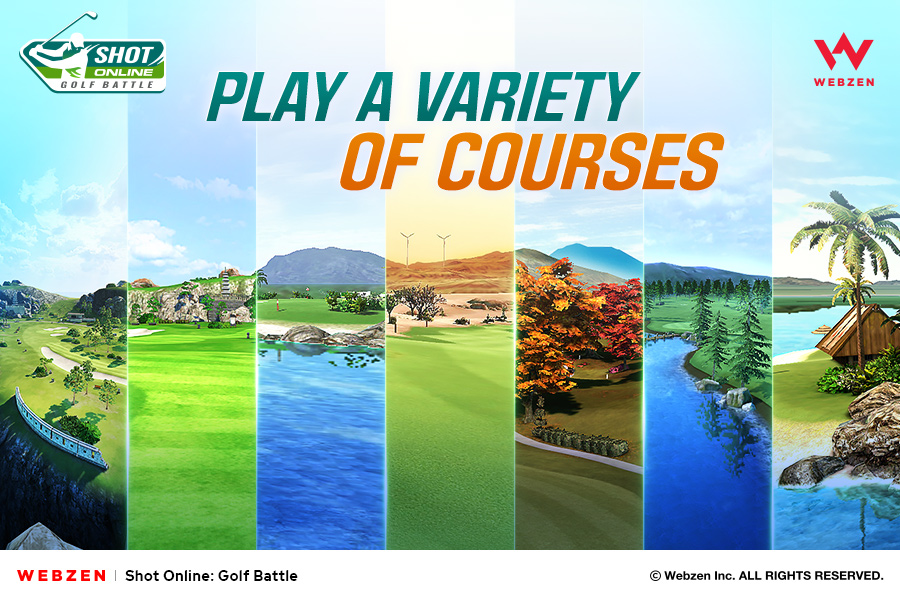 Following a brief pre-registration campaign, Shot Online: Golf Battle has teed off on mobile. It’s available in the US right now on iOS and Android.

In case you’re unaware, Shot Online is a long-running golf game from Seoul-based developer Webzen in which players go head to head with rivals online. Unlike traditional golf games, Shot Online features RPG mechanics and a progression system, making it a perfect fit in the age of mobile MMOs.

The result is Shot Online: Golf Battle, a polished and casual take on the ancient game that lets you take on players from around the world in real-time parallel matches. There’s no waiting around for other players to take their shots, and you’ve got a full selection of clubs to suit every terrain and lie, which should keep dedicated golf fans happy.

For the more arcade-oriented players, there’s a brand new Survival mode that applies the principles of battle royale to the genteel art of golf. Games in Survival mode consist of eight players and a series of rounds with different rules.

One player is eliminated at the end of every round until there’s only one left. That player naturally gets showered with prizes and rewards, as befits a champion.

You can use a variety of different upgradeable skills in Shot Online: Golf Battle, whether you’re playing in Survival mode or enjoying a 1v1 round or two. During gameplay you’ll also win gems, coins, balls, and cards that let you upgrade your clubs. You don’t need to pay a penny to level yourself up. Just keep plugging away on the golf course.

There are tons of courses available, all rendered in stunning 3D. The character models, club designs, and skill effects all look great too.

Download the game now and you can pick up a Tee Pass, balls, and so on at super-tempting introductory prices. Webzen is also giving away gifts and free rewards on the game’s official Facebook page.

Head to the Google Play Store or the App Store to download Shot Online: Golf Battle for free right now if you live in the US. Other regions will follow in due course.